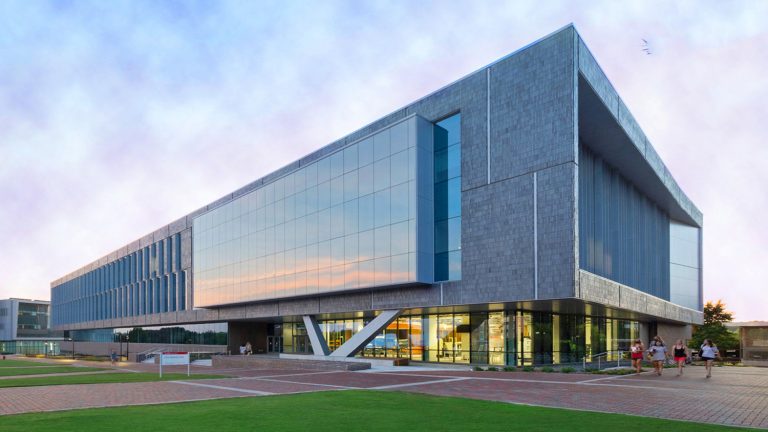 Thanks to support from the state of North Carolina and hundreds of alumni, Fitts-Woolard Hall is continuing NC State’s excellence in engineering. 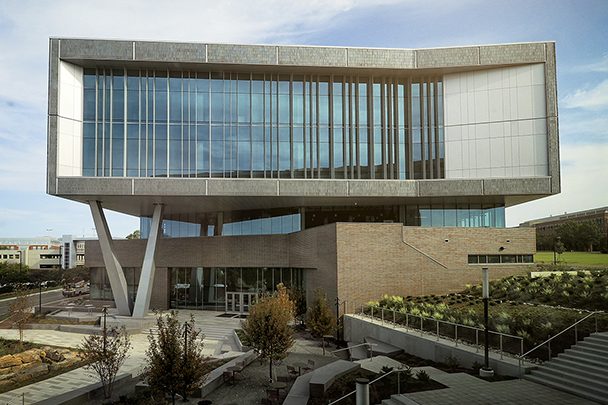 NC State University engineers continue to change the world through groundbreaking research that solves society’s greatest challenges. Our students benefit from a hands-on educational experience integrating research and education that prepares future generations of leaders and fuels the high tech economy of North Carolina and the nation.

Fitts-Woolard Hall opened in summer 2020. The College’s newest facility marks a crucial next step in the College of Engineering’s move to Centennial Campus, providing critical infrastructure that allows faculty members and students to leverage the power of convergence across disciplines in an atmosphere unmatched anywhere in the nation.

NC State’s Centennial Campus provides a unique research park environment that catalyzes entrepreneurship and innovation in the College of Engineering. The state-of-the-art engineering buildings and their close proximity to industry and government facilities on Centennial Campus foster and facilitate innovation in research and education through partnership opportunities and inspire and enable faculty and students to address the grand challenges of 21st century society.

Why Build A New Engineering Building?

Engineering at NC State is a powerful driver of economic impact for North Carolina and the nation. NC State’s engineering graduates not only dominate the state’s highly skilled workforce at companies such as Cree, SAS and IBM; they also create jobs by developing new technologies, launching innovative companies and bringing cutting-edge products to market. NC State’s College of Engineering is critical in attracting businesses and industries to North Carolina.

Demand for engineering and computer science degrees has never been higher. The high tech economy of North Carolina and the nation demands a steady flow of engineering graduates to maintain the nation’s leadership in a global economy.

Who Is Using Fitts-Woolard Hall?

Fitts-Woolard Hall is the new home of the Department of Civil, Construction, and Environmental Engineering; the Edward P. Fitts Department of Industrial and Systems Engineering; and the dean’s administrative offices. Innovators from these departments will use additional classrooms and state-of-the-art laboratories to further research and education excellence in areas of critical societal need:

How Did We Make Fitts-Woolard Hall a Reality?

NC State University made Fitts-Woolard Hall a top-priority capital project for the university in 2014. Using the state flexibility for public-private partnerships to finance construction, NC State set out an ambitious plan to raise private funds for construction of Fitts-Woolard Hall while lobbying for state funding to support half of the $150 million needed to complete the building.

In fall 2015, the North Carolina legislature passed critical legislation that supports the construction of Fitts-Woolard Hall: $2 million in planning funds, included in the biennial budget, and a $75 million allocation included in the Connect NC bond referendum. On March 15, 2016, North Carolinians voted to pass the bond referendum ensuring that $77 million in public funds are available to build Fitts-Woolard Hall.

Fitts-Woolard Hall is open, but the College still has an $11 million gap to fill. Without the help of its alumni and friends, meeting the College’s obligations could mean debt financing that would impact the College’s ability to offer a broad, enriching experience to its undergraduate and graduate students. To aid the fundraising effort, the NC State Engineering Foundation (NCSEF) has developed a portfolio of giving opportunities for donors.

The state of North Carolina and the university have provided much of the funding for the construction of the building. The College needs the help of its alumni and friends to raise the remaining funds in order to break ground on this signature project that will impact our students for generations to come.

The Cornerstone Society provides an opportunity for you to name a space of your choosing in the new building or in existing engineering buildings on Centennial Campus. Naming opportunities begin at $100,000. As a member of this exclusive society, you will have your name permanently associated with the space of your choosing, and your gift will be recognized in a central location in the newly named Fitts-Woolard Hall along with a special recognition biography and photo. In addition, as a Cornerstone Society member, you will be invited to exclusive events, including the dedication of the new building.

There are opportunities for every level of giving.

For information on how to support Fitts-Woolard Hall, please contact Griffin Lamb, executive director of major gifts and campaign planning for the NC State Engineering Foundation at (919) 515-7458 or grlamb@ncsu.edu.

Fitts-Woolard Hall at a Glance

Take a Look Inside the New Building 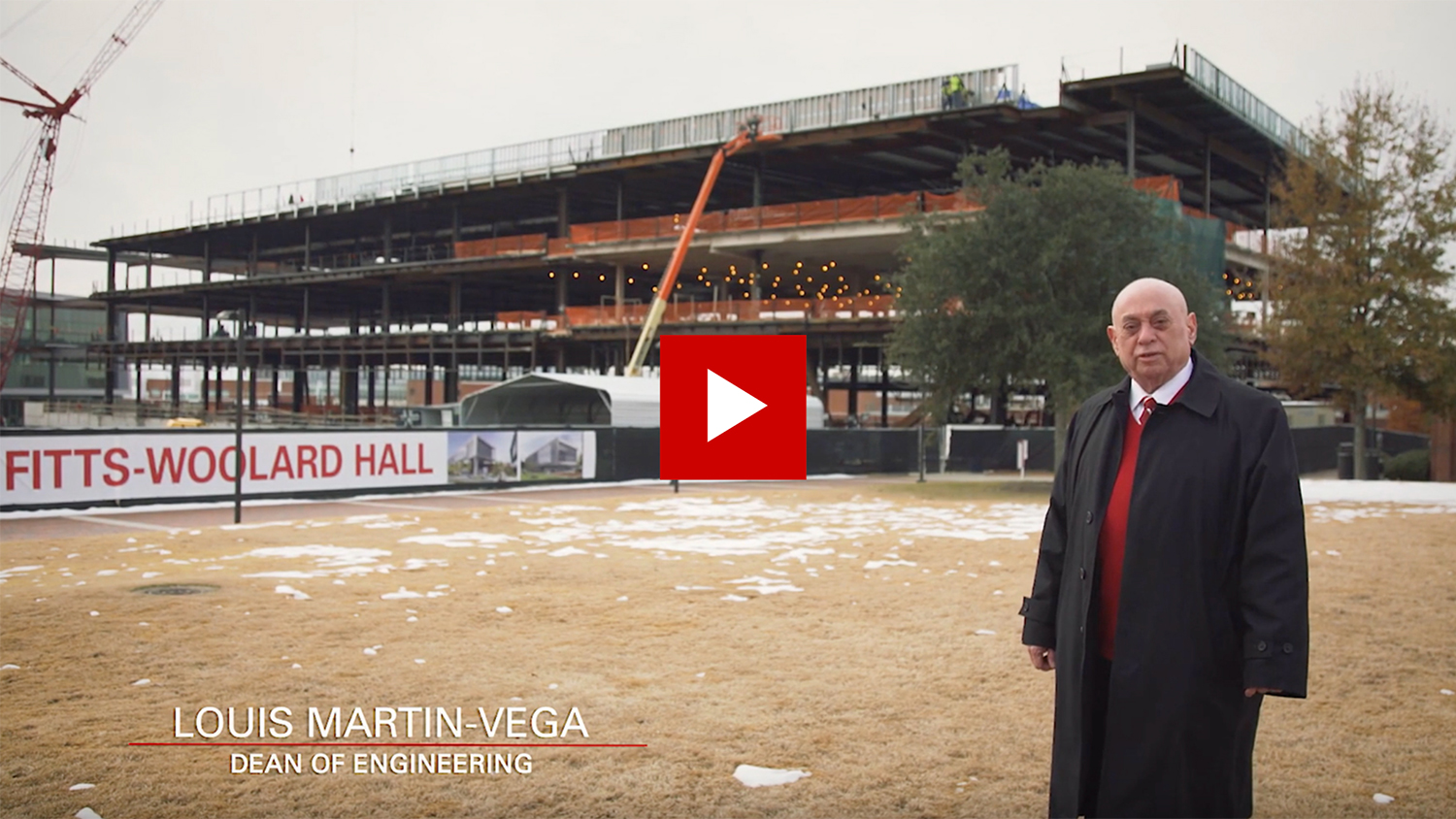 Think and Do the Extraordinary, the Campaign for NC State: Fitts-Woolard Hall

Dr. Louis Martin-Vega, dean of the College of Engineering at NC State, talks about how the college continues to rely on the generosity and support of alumni and friends to raise the remaining funding for Fitts-Woolard Hall. Over $47 million has been raised but over $12 million is left to be raised. 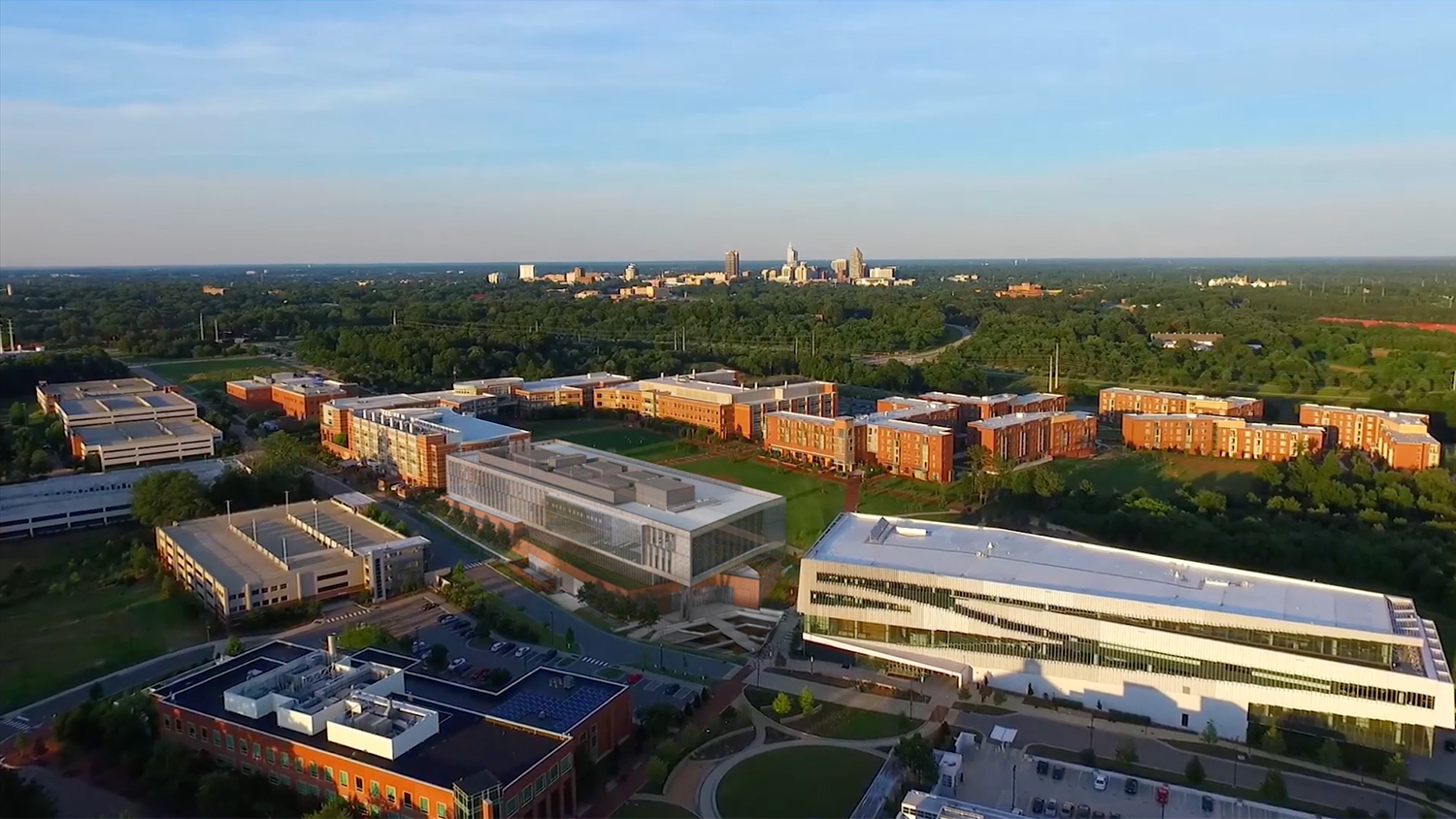 In the video, Dr. Louis Martin-Vega, dean of the college of engineering; Dr. Julie Swann, head of the Edward P. Fitts Department of Industrial and Systems Engineering (ISE); and Dr. Morton Barlaz, head of the Department of Civil, Construction, and Environmental Engineering (CCEE), talk about the importance of Fitts–Woolard Hall to ISE and CCEE faculty members, students and staff and how alumni support for the building is appreciated and still needed. 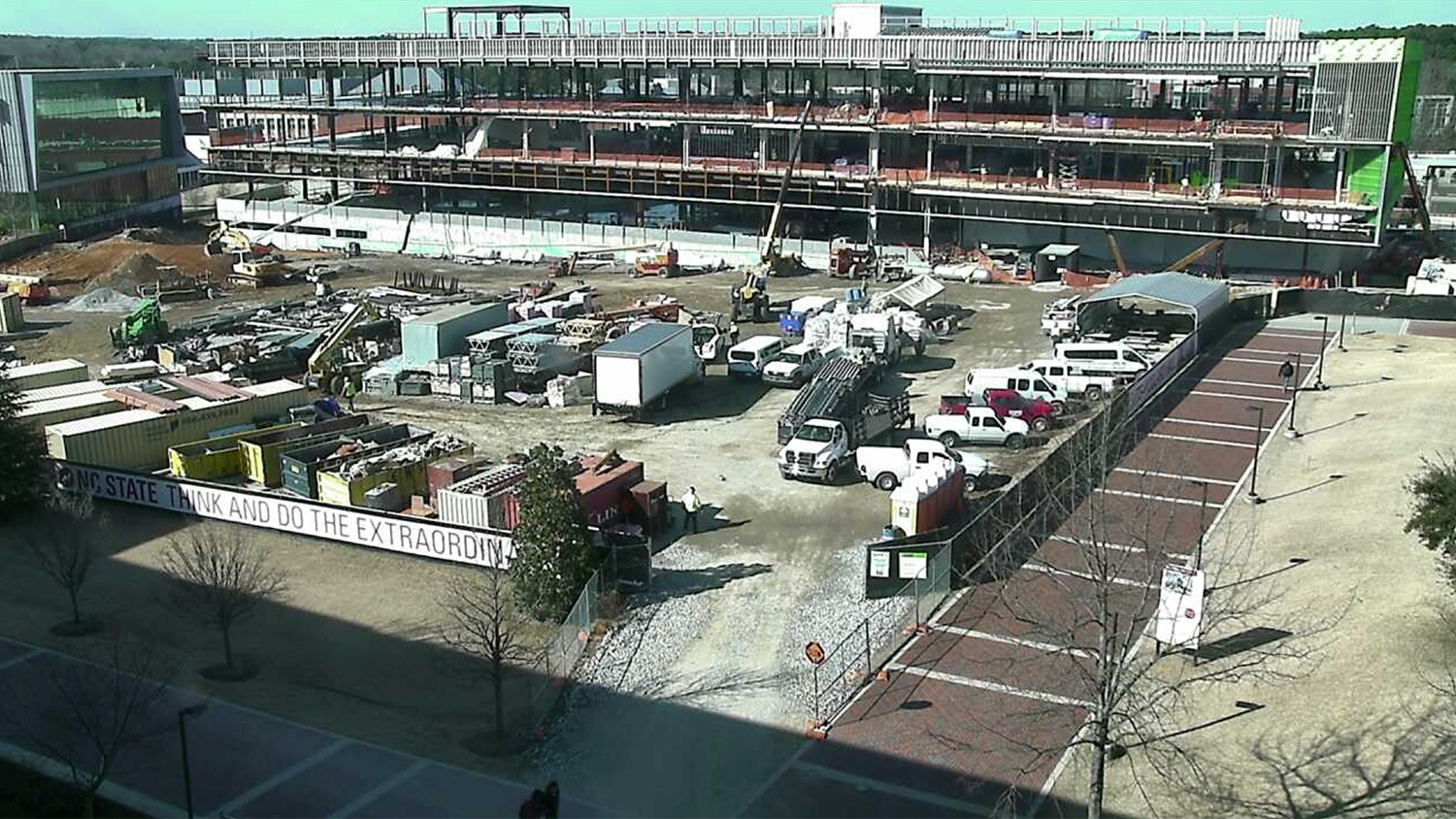 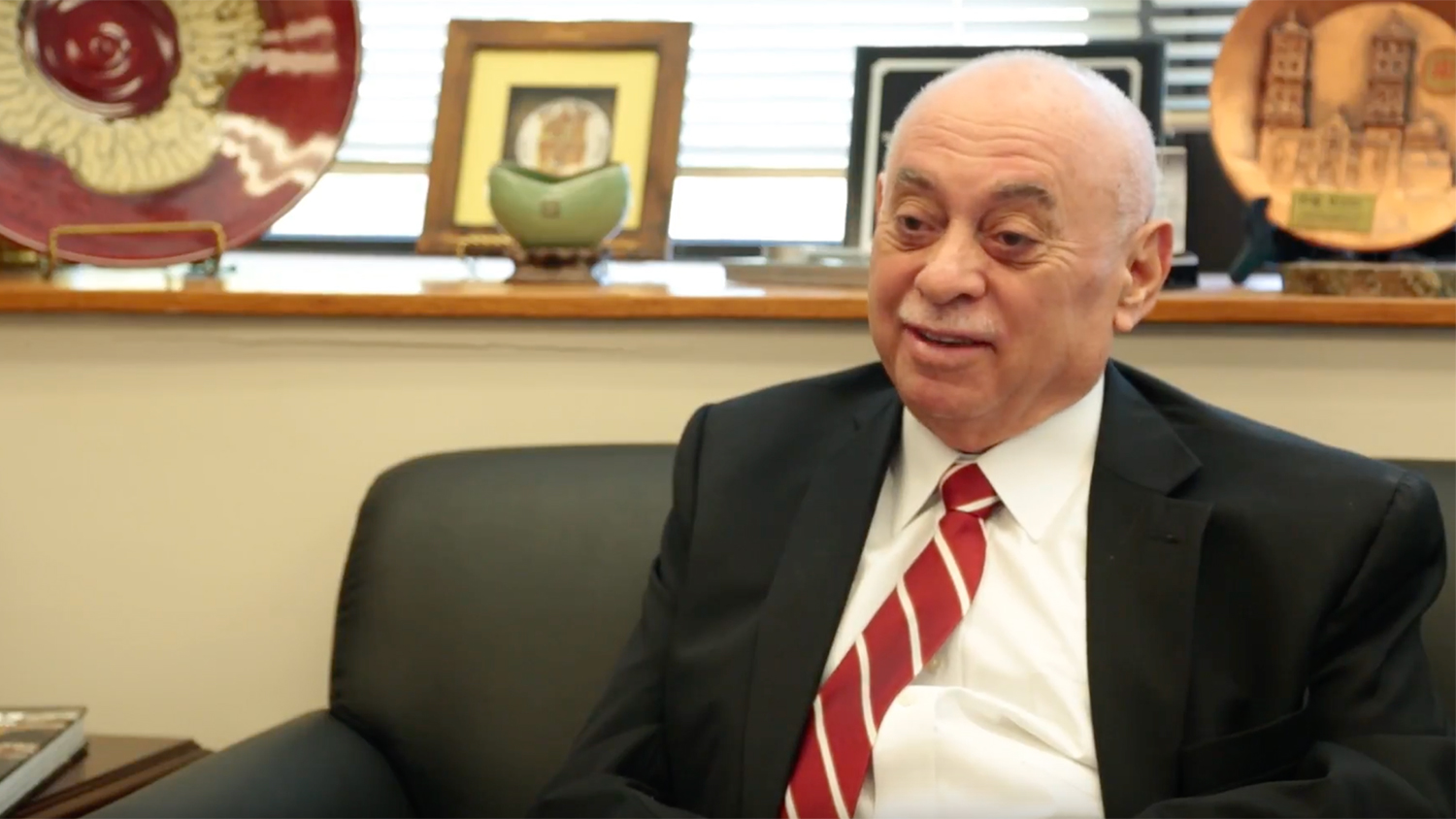 “It’s more than bricks and mortar.”
The result of a unique public-private partnership, which includes the transformational support of Edward P. Fitts, Jr. and Edgar S. Woolard, Jr. and the generous commitment of over 300 alumni, Fitts-Woolard Hall will have an extraordinary impact on teaching, learning, research and industry. 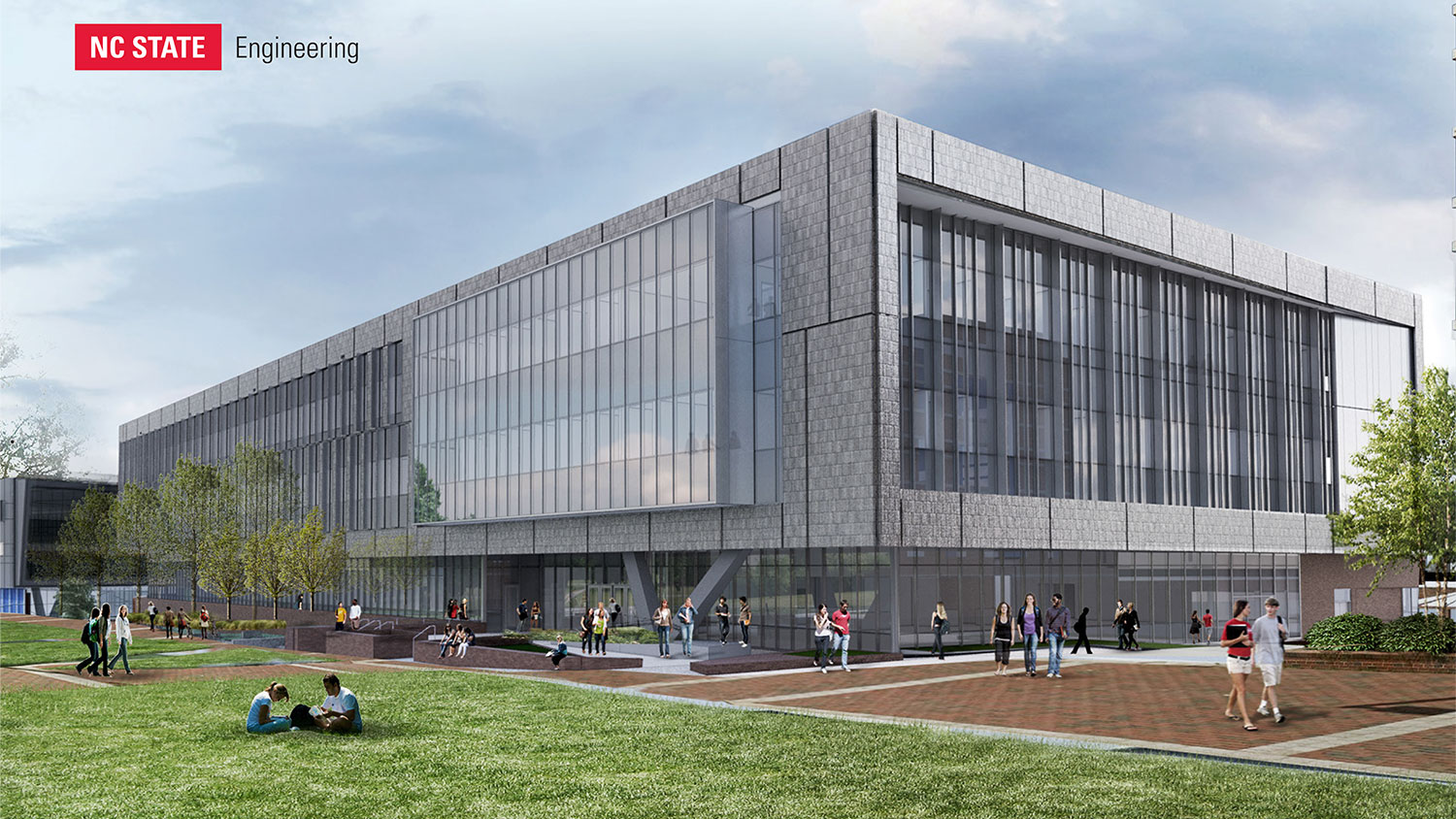 In the video, Getting Settled, Dr. Louis Martin-Vega, dean of engineering; Dr. Peter Fedkiw, head of the Department of Chemical and Biomolecular Engineering located in Engineering Building I (EB I); and Dr. Julie Swann, head of the Edward P. Fitts Department of Industrial and Systems Engineering, discuss the benefits of the College’s presence on Centennial Campus, including enhanced resources that facilitate recruitment of faculty members and students and proximity to other engineering departments that encourage interdisciplinary research. 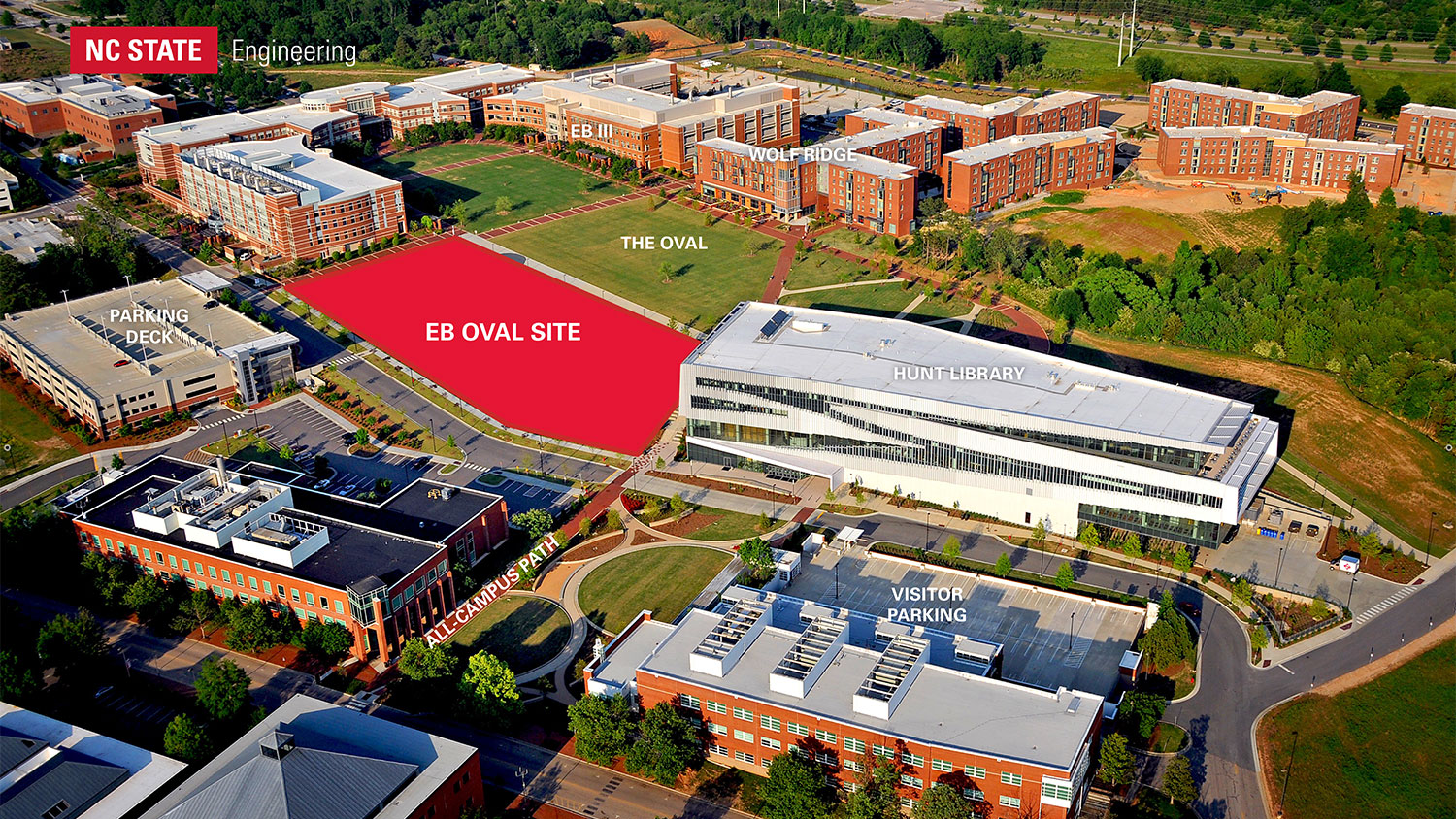 In the video, Making the Move, Dr. Louis Martin-Vega, dean of engineering, visits a lab in Mann Hall, the current but aging home to the Department of Civil, Construction, and Environmental Engineering, and talks to students who are excited about moving to Fitts-Woolard Hall and look forward to larger lab spaces, better equipment and proximity to eight other engineering departments. 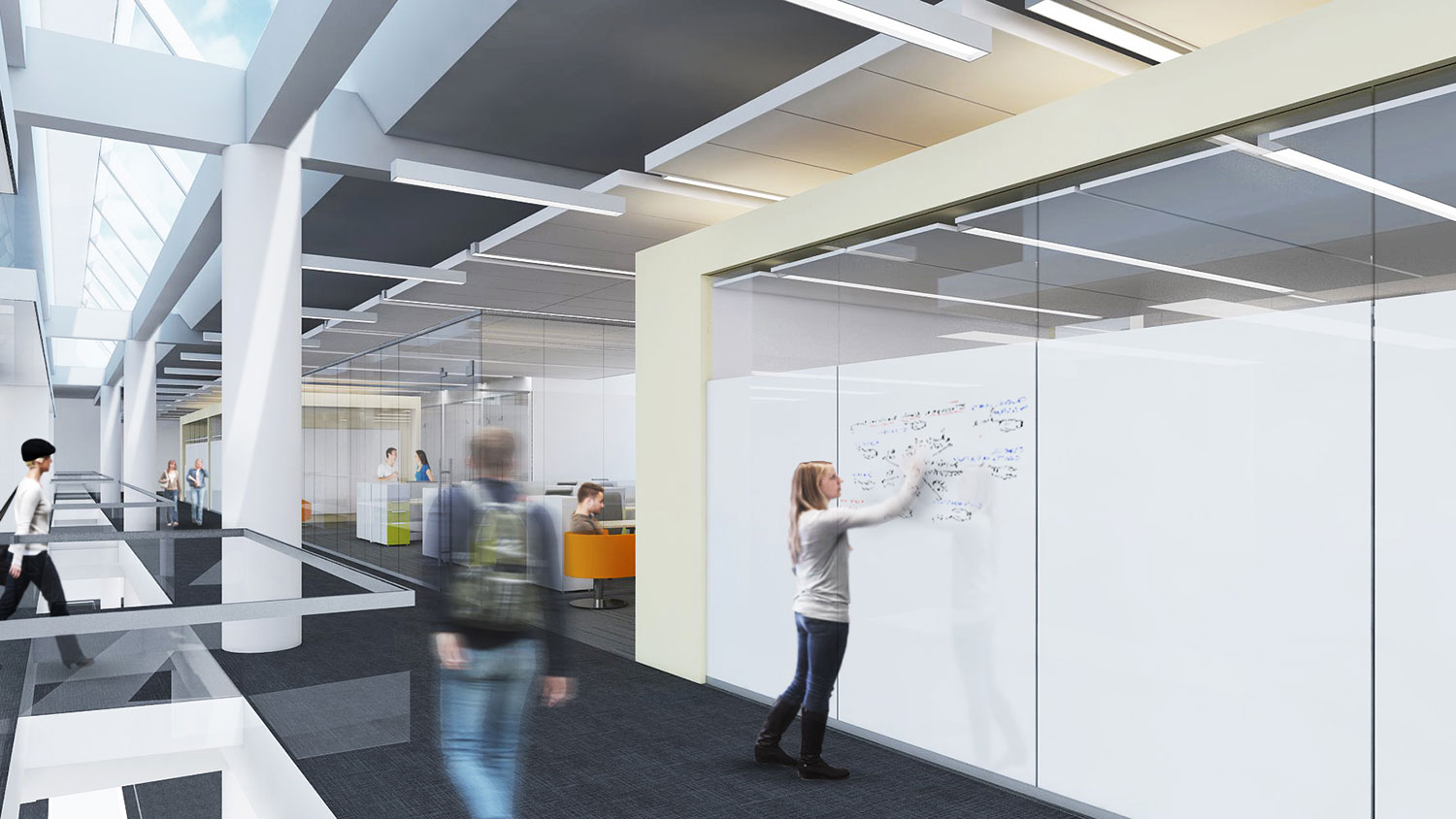