Nine Academic Departments in the College of Engineering 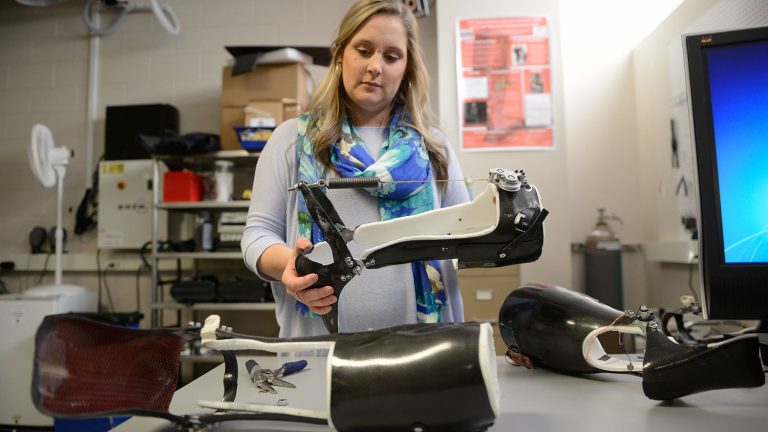 Student examines a rehabilitation device in the Power (GAIT) Lab in EB III.

The joint Department of Biomedical Engineering (BME) is co-located at the University of North Carolina at Chapel Hill and NC State University, linking the College of Engineering at NC State to the School of Medicine and College of Arts and Sciences at UNC-CH.

Department of Chemical and Biomolecular Engineering 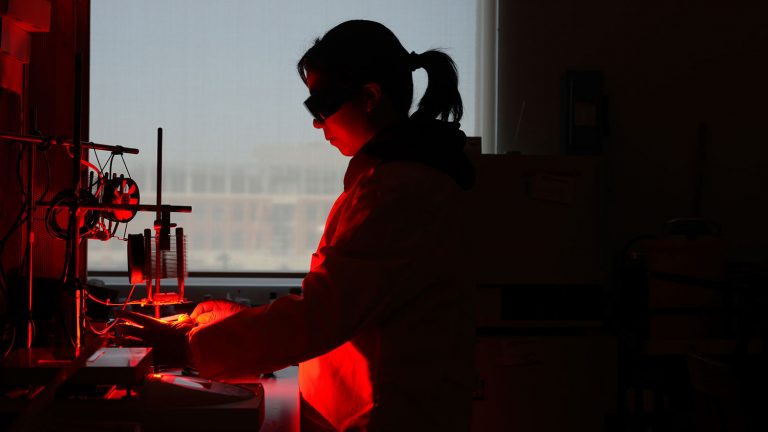 Student works in the chemical and biomolecular engineering lab of Dr. Michael Dickey, who studies the unique characteristics of materials to develop novel applications, such as soft and flexible antennas made out of gallium. 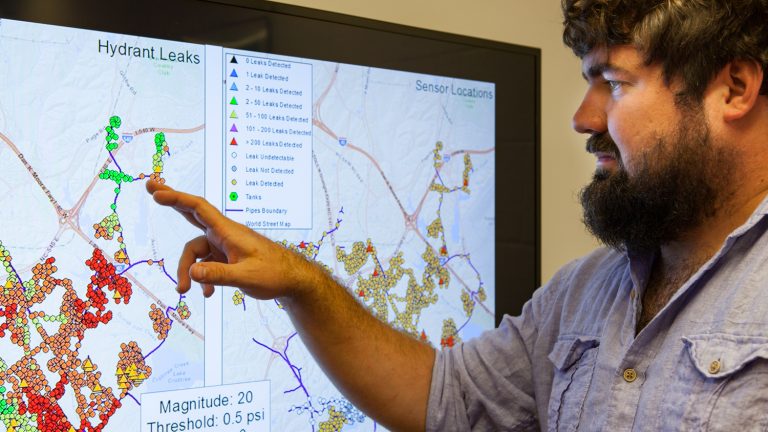 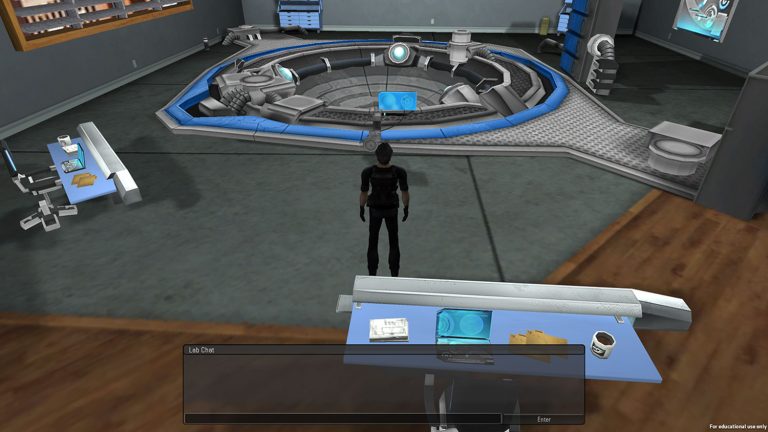 Department of Electrical and Computer Engineering 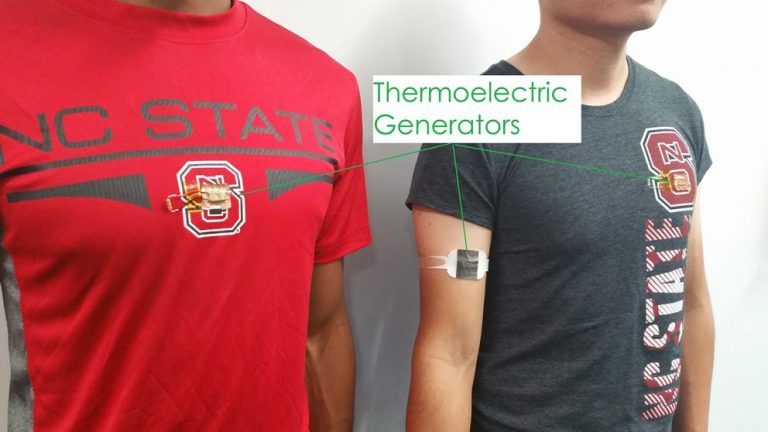 Thermoelectric generators harvest body heat for use in wearable electronics. 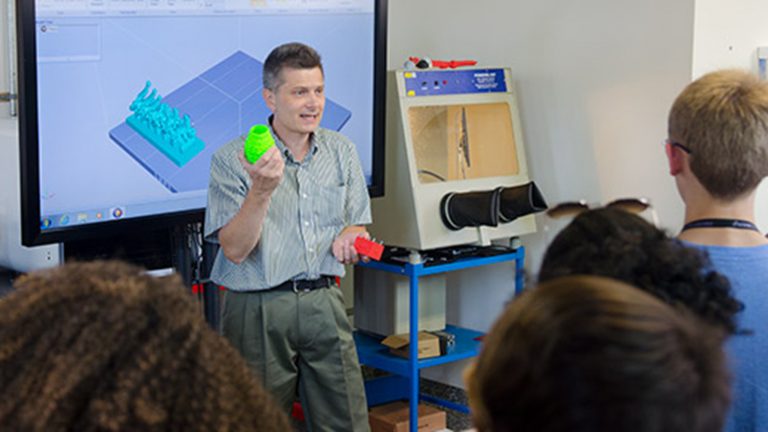 Lecturer Jason Low talks with students from the NC School of Science and Mathematics about the 3D-printing lab in the ISE department.

Department of Materials Science and Engineering 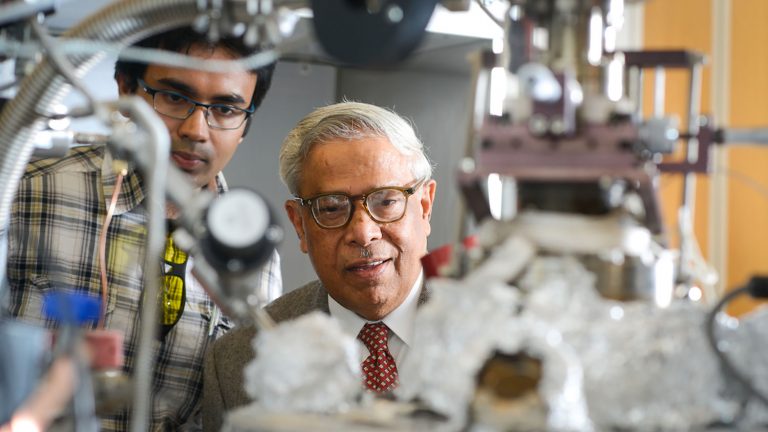 Dr. Jay Narayan works with a graduate student in his lab in the MSE department. Dr. Narayan has created a new form of carbon that can be converted to diamond at room temperature. 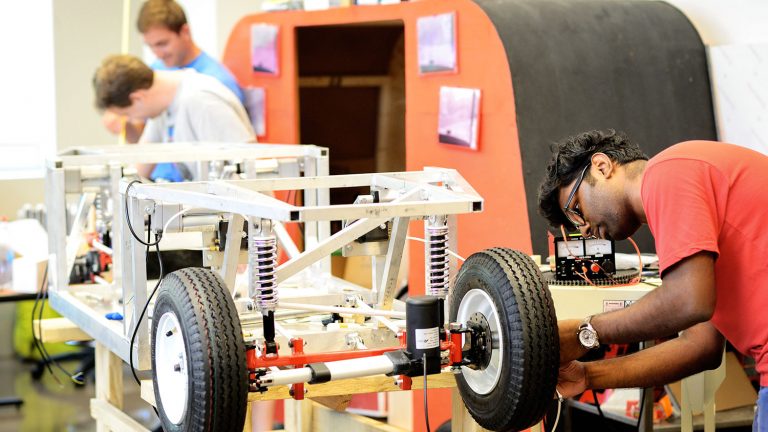 Students work on an EcoPRT car. The EcoPRT (ecological personal rapid transit) is an ultra-light and low-cost transit system featuring autonomous two-person cars that would drive on a guideway railing system. 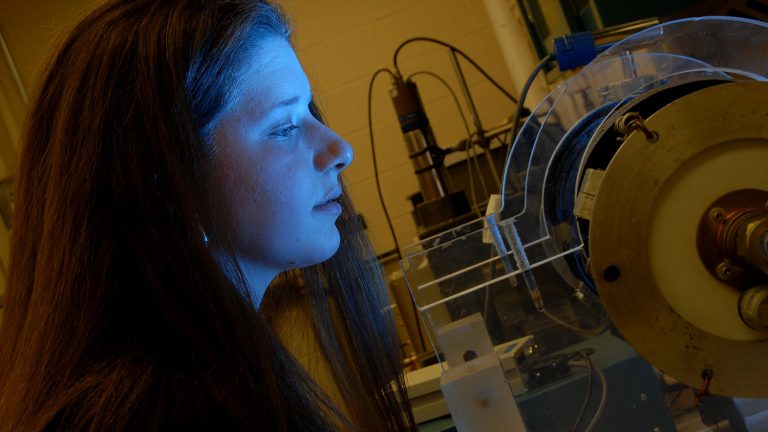 Three Academic Departments in Other Colleges

Department of Biological and Agricultural Engineeering 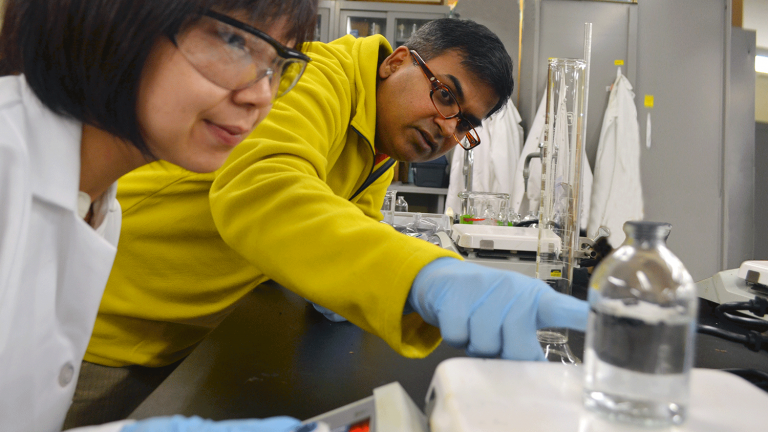 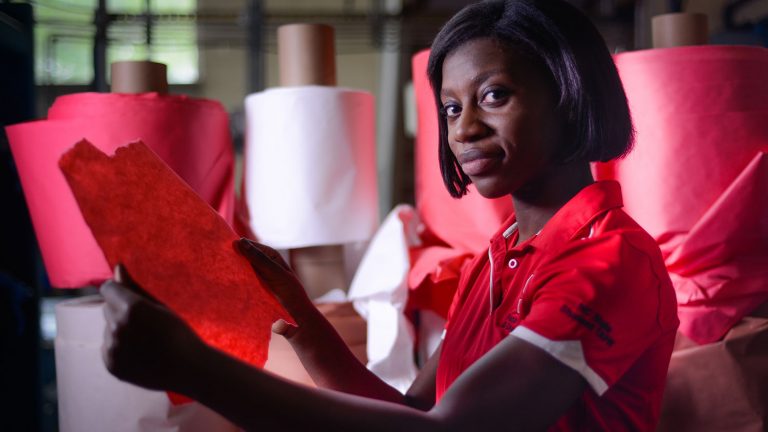 The Paper Science and Engineering (PSE) degree program is offered in the Department of Forest Biomaterials (FB), an affiliated department administered by the College of Natural Resources (CNR). 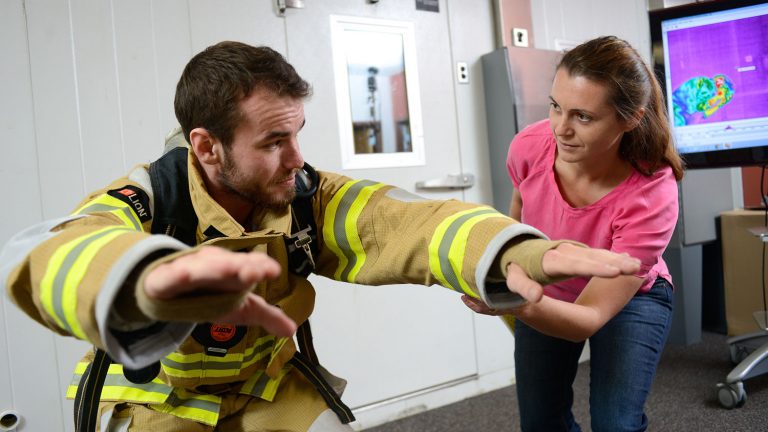 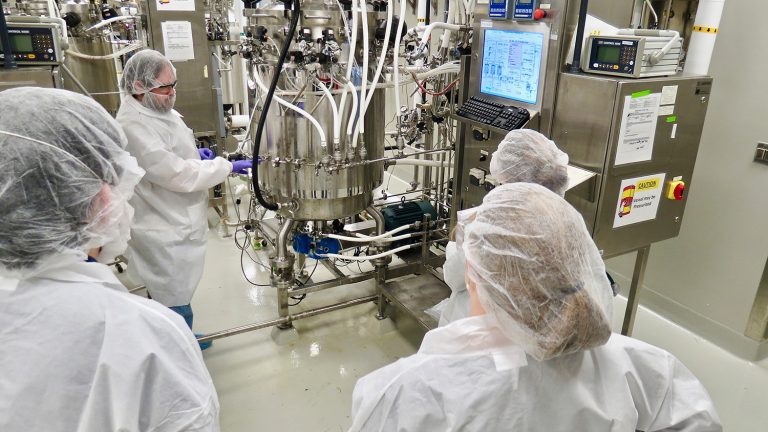 The Integrated Manufacturing Systems Engineering Institute’s graduate degree programs are multidisciplinary, drawing on faculty in a number of departments and colleges at NC State.

Operations Research’s graduate degree programs are multidisciplinary, drawing on faculty in a number of departments and colleges at NC State.

The Master of Biological and Agricultural Engineering degree is offered through NC State’s Online and Distance Education programs.

Our academic departments are organized by engineering disciplines, but our faculty and students also benefit from our emphasis on key cross-disciplinary thrust areas.