Alumna named to Fortune 40 under 40 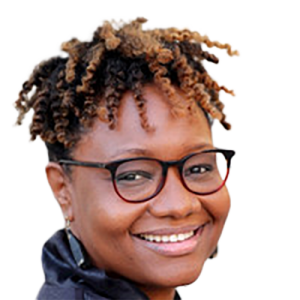 The College of Engineering has known that Rashida Hodge is a rising star. Now, the rest of the country is catching on. Hodge, an alumna of the Edward P. Fitts Department of Industrial and Systems Engineering (ISE) and executive at IBM, was recently named to Fortune magazine’s 40 Under 40 Technology list.

Hodge has held several leadership positions at IBM over a nearly-18-year career, and is now a vice president overseeing integration of AI and Cloud for key clients in North America.

Hodge earned B.S. and M.S. degrees in industrial engineering from NC State and an executive MBA from Duke University’s Fuqua School of Business. She is motivated to further the mission of the university that helped launch her career and inspire young female and African-American engineers.

She has established the Real Hope for NextGen Engineers scholarship in the College and has donated to help fund the construction of Fitts-Woolard Hall, the newest engineering building on Centennial Campus. The native of the U.S. Virgin Islands named a foyer in the new building in honor of her mother, Karen Hodge.

Hodge, who is the one of the youngest alumni to endow a scholarship for the College, said in an earlier story in NC State Engineering magazine that, “I wanted to show women engineers and African-American engineers that they have the skill set to have that earning potential to make that kind of contribution.”

Hodge is a member of the NC State Engineering Foundation Board of Directors and the ISE Advisory Board.

She also sits on the boards of Misty Robotics and Girls, Inc. and is a founding partner of How Women Invest, a venture firm that invests in female-led companies.