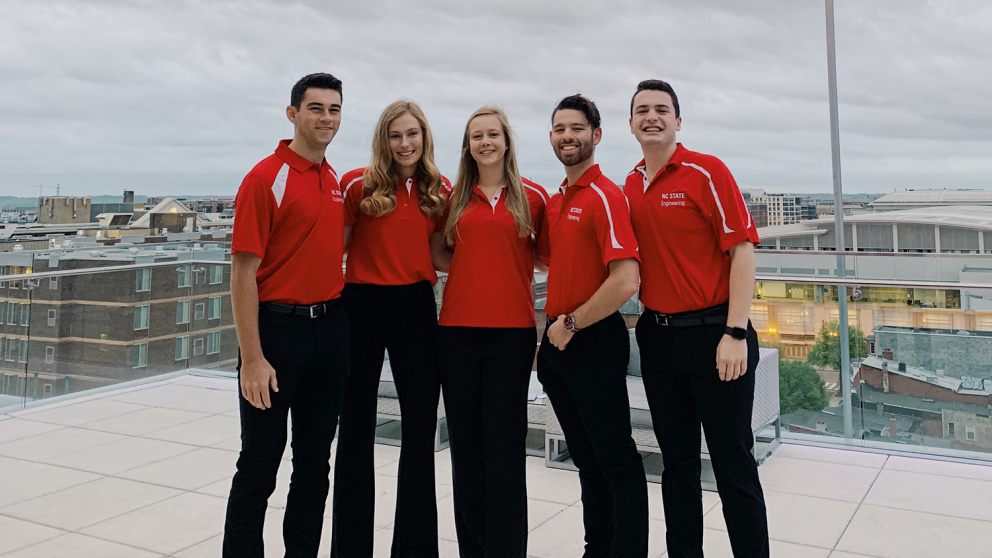 A group of five NC State engineering students is one of five teams selected by the National Academy of Engineering (NAE) to represent the United States at the 2019 Global Grand Challenges Summit in London this September. The theme for this year’s summit is “Engineering in an unpredictable world,” with a focus on two sub-themes, including one on sustainability as the world’s population increases.

To address that sub-theme, the five students created the business Peak Coffee Processing and developed an affordable treatment process to filter wastewater from coffee production into clean water and fertilizer that can be used by coffee growers to increase crop yields and reduce topsoil erosion.

After the NAE announced in February that it would host an engineering entrepreneurship competition to determine teams it would send to the summit in London, Payne and Alfieri, who are both in the Grand Challenge Scholars Program at NC State, began to reach out to students inside and outside of the program to put a team together.

“We were one of the few successful teams that didn’t have a business model coming into the competition, forcing us to go at 110-percent speed all the time,” Payne said.

The team aimed to set themselves apart by approaching the issue of sustainability from both individual and societal viewpoints and worked to come up with an idea that united the two interests. They submitted a proposal on their technology to the NAE in March and were one of 30 teams selected to compete in Washington, D.C. Now that they’ve been selected to compete in London, they will spend their summer improving their business model for the next round of competition.

“Our work ethic and dedication to this project was a major factor in our success going to D.C., and we plan to sustain that same level of drive as we move forward,” Payne said.

More information on the summit and student competition is available here: https://www.nae.edu/211420/NAE-Selects-Five-Student-Teams-to-Represent-US-at-the-2019-Global-Grand-Challenges-Summit.