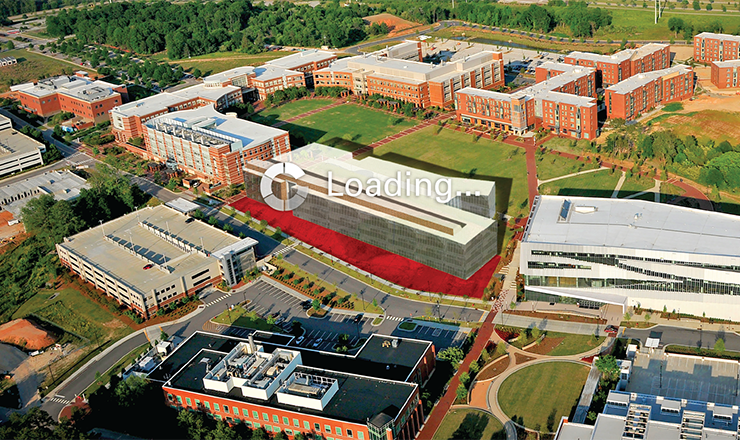 The NC State Engineering Foundation is well under way in its effort to raise $60 million in private funds to help fund construction of the Fitts-Woolard Hall* project — the next step in unifying the College on Centennial Campus. The new building will be home to the Edward P. Fitts Department of Industrial and Systems Engineering (ISE); the Department of Civil, Construction, and Environmental Engineering (CCEE); and the dean’s administration.

With $75 million in funds being donated through the Connect NC bond that was passed in March 2016, these private donations being raised are essential.

Meet three alumni who share why they donated toward the new building and how essential Fitts-Woolard Hall* will be.

For Steve Angel, attending NC State was an easy decision to make.

“I was drawn to the first-class engineering education in a great social environment,” said Angel, a 1977 graduate with a bachelor’s degree in civil engineering. “The nationally recognized sports were a bonus.”

After graduating from NC State, Angel went on to earn his MBA from Loyola College in Baltimore and spent 22 years in various management positions with General Electric. In 2001, he joined Praxair Inc. as an executive vice president and since 2007, has been chairman, president and CEO of the Fortune 300 producer and distributor of atmospheric, process and specialty gases and high-performance surface coatings.

As a longtime donor, Angel feels a connection to the College and the University.

“I believe in the school and in the school’s product, which is a well-rounded, capable engineering graduate with the necessary foundation to succeed in a complex and dynamic global business environment.”

As a distinguished engineering alumnus, he has generously supported the College, endowing with his wife, Lori, the Robert F. and Romaine S. Angel Scholarship, which generates income for students equivalent to full tuition and fees. In conjunction with Praxair, he has also supported the College through donations for the Angel Family Distinguished Professorship in Mechanical Engineering and a named space in Engineering Building I — “The Praxair Lecture Hall.” Now on the list are donations that will support Fitts-Woolard Hall.*

Why has he chosen to support construction of the new building?

“I liked Dean Louis Martin-Vega’s vision for the engineering school, and I hope the ‘Oval’* will be widely recognized and synonymous with a leading-edge education in engineering,” Angel said.

Rashida Hodge felt drawn to STEM fields given her love for math and science and her passion for solving problems. But growing up in the U.S. Virgin Islands, she wasn’t sure how her career would take shape.

In paving her own way, she decided on NC State for its rankings, respected reputation and welcoming and nurturing approach. Hodge recalls calling the Department of Industrial Engineering to discuss her options and feeling a sense of community from the advisors who took the time to engage with a student thousands of miles away.

While working on her master’s degree, she completed an internship at IBM, which provided her the opportunity to infuse her classroom learning with real life projects. She started working full time at IBM in 2002 after graduating and started as a development and research program manager. Since then, she has worked her way up the ranks holding a diverse set of roles and currently holds the title of director for worldwide client delivery for IBM Watson Group.

“I would not have been introduced or exposed to the many opportunities I have today, if it was not for my education at NC State. It opened doors for me,” Hodge said.

When the opportunity came for Hodge to give back to the College, she felt giving to the new Fitts-Woolard Hall* building was a great chance to help future students succeed and help provide students with resources needed to ensure that happens.

“I was afforded my education because people invested in me. I want to do more early on to ensure that others, especially African Americans, have the resources and opportunities to see that they can apply, be accepted and compete successfully at NC State,” said Hodge.

She has also endowed a scholarship, Real Hope for NextGen Engineers, and is one of the youngest alumni to start a scholarship to build toward endowment — her contribution to Fitts-Woolard Hall* is an extension of her commitment to NC State and minorities.

There was never any doubt for Jake Hooks where he would attend college.

Hooks’ father, J.T. Hooks Sr., was the captain of the NC State’s freshman men’s basketball team in 1924. So growing up wearing red and with a love for NC State, Hooks graduated in 1978 with a degree in materials engineering.

After graduation, he worked as a product engineer before moving into management. He retired as president of Eaton Automotive North America in 2013 after a 35-year career.

For Hooks, the small size of the Department of Materials Engineering (ME) was a great draw, as was finding the studying of materials interesting. According to Hooks, the skills he learned helped carry him through his career and gave him an engineer’s problem-solving skill set.

Hooks has been a great supporter of his home department and the College. In 2011, he spoke to incoming first-year engineering students at the annual College of Engineering Welcome Event and currently serves on the NC State Engineering Foundation Board of Directors and chairs the development committee. He and his wife, Jennifer Smith Hooks, endowed the Jacob T. Hooks Scholarship in Materials Science and Engineering in honor of his father.

“My NC State education and experience opened many doors for me in my career,” said Hooks. “When I was able to give back to the University, Jennifer and I wanted to ensure that it was impactful.”

The next impact the Hooks family is making is on Fitts-Woolard Hall.* With his wife, they have gifted a named space in the Department of Materials Science and Engineering (MSE) in Engineering Building I, but the gift money will go toward the building fund for the new building.

“As an MSE alum, I was able to see first-hand the teaching and research conducted at State, so I am excited to see innovation continue as engineering comes together on Centennial Campus.”