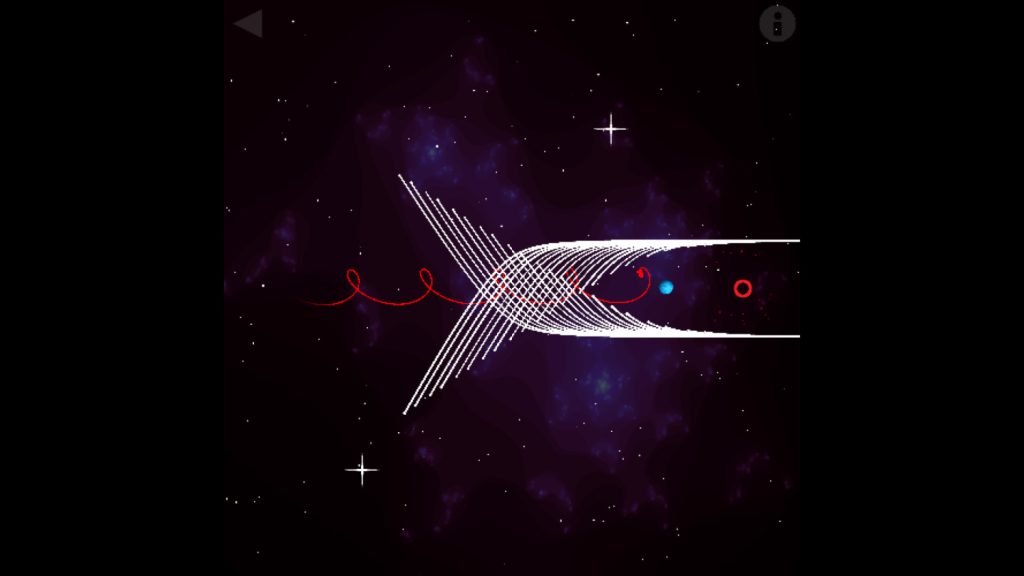 Marley Cook is a senior in mechanical engineering. As an engineer, he’s seen (and sometimes struggled with) his share of physics courses. And while introductory physics can be fairly intuitive – we all know what air resistance or friction feels like from experiences like bike riding or going down a slide – higher level physics isn’t as simple.

Enter “Ellipsoid,” a computer game Cook developed that allows the player to see how physics works on galactic scales, by using gravitational forces to propel a ship through space. The Abstract sat down with Cook to talk about his project, which can be downloaded free – though it’s currently Windows only – here.

Full disclosure – this former English major managed to get through the game and had fun doing it, although those black holes are a pain.

TA: What was the inspiration behind the project? How long did it take to create?

Cook: During my sophomore year, I became fascinated by movement in space. The bizarre set of rules that the trajectory curves followed was interesting, and in a way beautiful. But I didn’t have an intuitive understanding of the topic. I could work out the math to find where the object would end up, but it didn’t always feel right. So I built a simulation. After messing around in it for a while, I felt more at home with these rules. I could guess how orbits would behave and why. Having experienced the benefits of play in my learning, I wanted to share it with a wider audience. Converting that base project into a game took around two years. Most of that time was spent making it as accessible as possible, and coming up with puzzles that would teach a specific concept.

TA: What types of physics problems are being simulated here?

Cook: The first section of the game focuses on gravity. To progress, the player needs to use properties of the inverse square law, relative mass, and density, even if they don’t know it. From that base, more interesting and complex behaviors are introduced: stable and unstable orbits, black holes, and eventually modern physics. Other systems are also simulated in the game, like temperature and dynamic liquids. However, learning about these is more of a choice, as their information is available in the information button.

TA: Did you build the game for a particular age group or type of audience?

Cook: This game is meant for the curious. People who want to know about how things work and why. I tried to make the rules easy to understand, but hard to master. It might be a little more difficult for kids, but I know some pretty bright children out there.

TA: How would you like to see the game used – as recreation, in an educational setting, or in some other way?

Cook: Hopefully both educationally and recreationally! This game is about building intuition. A lot of early physics topics make sense to us, because we have experienced examples of those rules. We can feel friction when sliding down a slide, or acceleration in a car. But later on, the topics focus on subjects we don’t have any experience in, like quantum or orbital behavior. I would love to see my game used to make those topics more understandable. I could see Ellipsoid being used in a classroom alongside more traditional methods to give students a more complete view of the topic. That being said, I included a storyline, art, and music to let people experience the game in a more casual way. If you progress in the game, you are learning. But there are optional ways to dive deeper into those topics, like the information tab in every level.

TA: Do you plan to create any more games in the future?

Cook: Yes! Keep your eye on my itch.io page to find out what I’m working on.