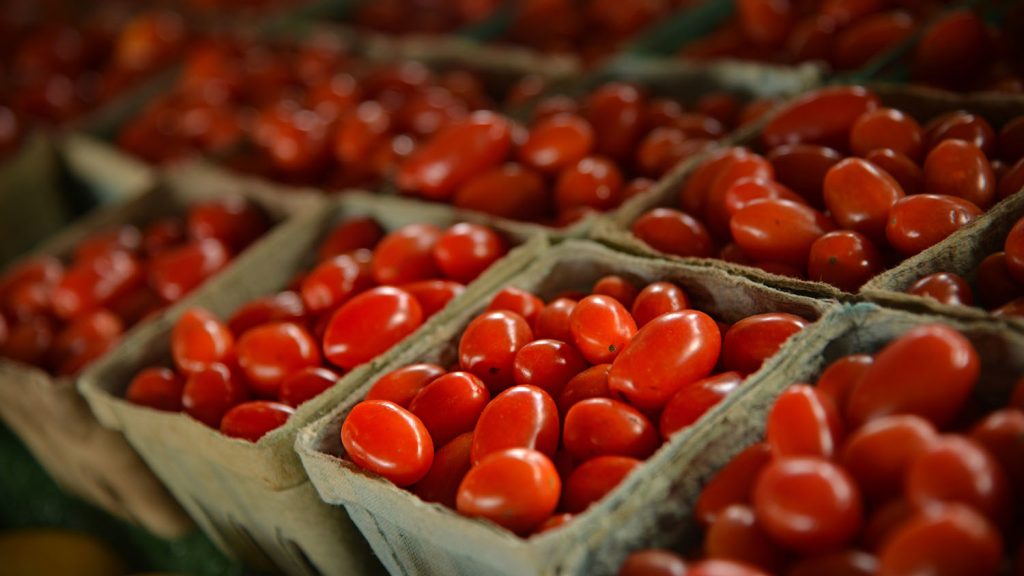 Early detection of disease is critical for reducing its impact — that’s as true for plants as it is for people. And early detection of crop diseases can make or break a farmer’s growing season.

That’s why an interdisciplinary team of researchers at NC State is setting out to combine small sensors with big data to detect diseases plaguing tomato fields.

The team is led by Jean Ristaino, a William Neal Reynolds Distinguished Professor in Entomology and Plant Pathology. The team will combine cost-effective, in-field sensors with geospatial analytics and a cloud-based database of plant stresses — including pests, pathogens and environmental stresses. The Plant-Aid database will then alert farmers about the cause of the stress and suggest possible mitigation strategies — all before symptoms are visible to the naked eye. 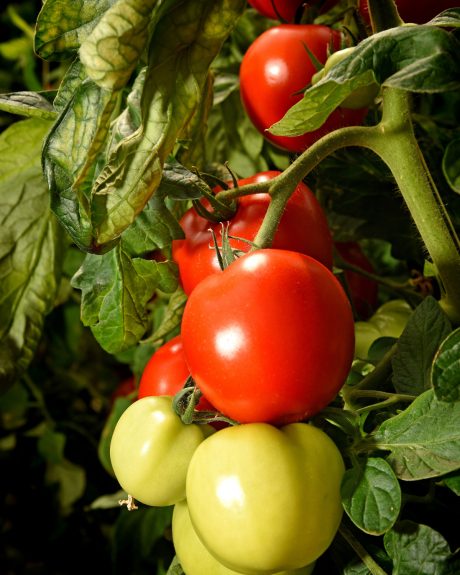 “We’re developing these sensors that will be deployed in the field and using smartphones and Wi-Fi technology, we will detect diseases pre-symptomatically in fields and then relay the data back into a database,” said Ristaino, who is also director of the Emerging Plant Disease and Global Food Security Cluster. “The plan is to build an integrated database, called the Plant-Aid database, to detect plant diseases on tomatoes. Ultimately we want to use these sensors to mitigate disease outbreaks and prevent epidemics from developing in the field.”

In North Carolina, fresh market tomatoes are a crop worth $33.8 million. They are attacked by a variety of pathogens including the fungus that causes Early Blight, Tomato Spotted Wilt Virus, the species of bacteria that cause Bacterial Spot and the oomycete that causes Late Blight.

“Growers in Western North Carolina use a rotation of insecticides, antibacterial compounds and fungicides to tackle these pathogens and the insects that carry them,” Ristaino said. “Right now, they apply these protective chemicals — seven or eight, up to 10, different applications over the growing season — on a calendar basis. With our sensor and database, they can determine what’s there and when it’s there and optimize when they spray. It will have an economic benefit to growers because they’re going to use less chemicals and their yields are going to be higher.”

The project is one of four interdisciplinary projects selected by NC State’s Office of Research and Innovation to receive seed funding to address the global challenges facing agriculture identified by the North Carolina Plant Sciences Initiative (N.C. PSI).

A team led by Qingshan Wei, a researcher in chemical and biomolecular engineering, has built handheld sensors to detect and analyze the volatile organic compounds (VOCs) released by plants into the air.

“We have the first version of a handheld smartphone device that can analyze and profile the composition of plant VOCs, but we only tested it on tomato plants and a few types of diseases,” Wei said. “Our next step is to try to validate the method for other types of plants and pathogens, such as viral and bacterial infections. And then we want to test it on combinations of pathogens and see if we can still detect early infections.”

VOCs are good indicators for plant diseases because plants emit them when they are under stress, or being attacked, to communicate with nearby plants. And scientists or farmers don’t need to destroy a portion of the plant to measure them.

However, tried-and-true disease detection tests require a sample of the pathogen’s DNA to work. Wei is working on a complimentary technology that can work with these existing tests, which tend to be more disease-specific and sensitive.

This technology uses a postage-stamp sized patch of microneedles to collect DNA from a leaf in one minute, rather than the hours needed for conventional lab-based DNA extraction methods.

Ristaino’s team is also working on an in-field version of the conventional DNA testing technology. This method, called LAMP, can copy DNA without laborious heating and cooling cycles and produce results in less than an hour. Combining microneedle patches with LAMP assays will speed time to detection to a matter of minutes instead of days, while still out in the field.

Putting Technology to the Test

“We’ve developed these sensors and technologies in controlled conditions with single pathogens,” said Ristaino. “For a next step we’re going to do some inoculations in the Phytotron greenhouse, but making that leap from controlled, single pathogen inoculations to testing them in a field setting is going to prove interesting.”

The field tests will take place on a research plot at Mountain Research Station outside of Waynesville is western North Carolina. That portion of the research will be led by Inga Meadows, an Extension specialist in the Department of Entomology and Plant Pathology.

A field environment introduces many challenges, Ristaino said, including dealing with several different diseases popping up over the growing season. The team will also need to combine the different technologies into one system.

Rob Scheller, a researcher in forestry and environmental resources agrees. “I think the field is really going to be the trial by fire for this technology. Once you move outdoors, you’re subject to a lot of within-field variation that’s really hard to control for.”

Scheller, who is also a faculty fellow at the Center for Geospatial Analytics, is leading the development of the Plant-Aid database which will combine the data from the disease detection sensors with data from other sources such as weather and climate information, spatial location of the fields and perhaps even data from soil moisture sensors.

“The Plant-Aid database will be the bridge between all this data coming out of the sensors and the managers and farmers who need to take action,” he said. “The database will need to be flexible and smart enough to accommodate these really diverse kinds of data and pull it together to make a prediction. For example, ‘If your data looks like this, then there’s 71% chance that you have this particular blight.’”

“These problems are incredibly complex, and you have to deliver from engineering, to growing, to manager outreach,” Scheller added. “There’s very different skills and disciplines needed along each step of the way if you’re going to actually deliver, and help growers make decisions.”

Ristaino agrees about the value of having an interdisciplinary team.

“We’re thinking outside of the box in traditional agriculture on how to diagnose diseases using tools and technologies that many people in agriculture haven’t really considered before,” she said. “Our team is allowing us to do new and exciting things.”

The Plant-aid database project began as the brainchild of the Emerging Plant Disease and Global Food Security Cluster. The Emerging Plant Diseases is one of the Chancellor’s Faculty Excellence Program clusters of excellence. The program built upon existing areas of excellence and hired more than 75 early- and mid-career faculty members to form 20 interdisciplinary clusters. Ristaino is director of the cluster. Wei; Scheller; Anna Whitfield, an expert on Tomato Spotted Wilt Virus; and David Rasmussen, a bioinformatics expert; are members of the cluster.

The team’s initial work on the plant disease detection sensors was supported by the U.S. Department of Agriculture (USDA) and the Kenan Institute for Engineering, Technology and Science.

Several companies, including BASF, and federal agencies, including the USDA Animal and Plant Health Inspection Service’s Plant Protection and Quarantine program, have expressed interest in supporting the development of the sensor platform and similar plant disease detection and identification systems.

This post was originally published in College of Agriculture and Life Sciences News.