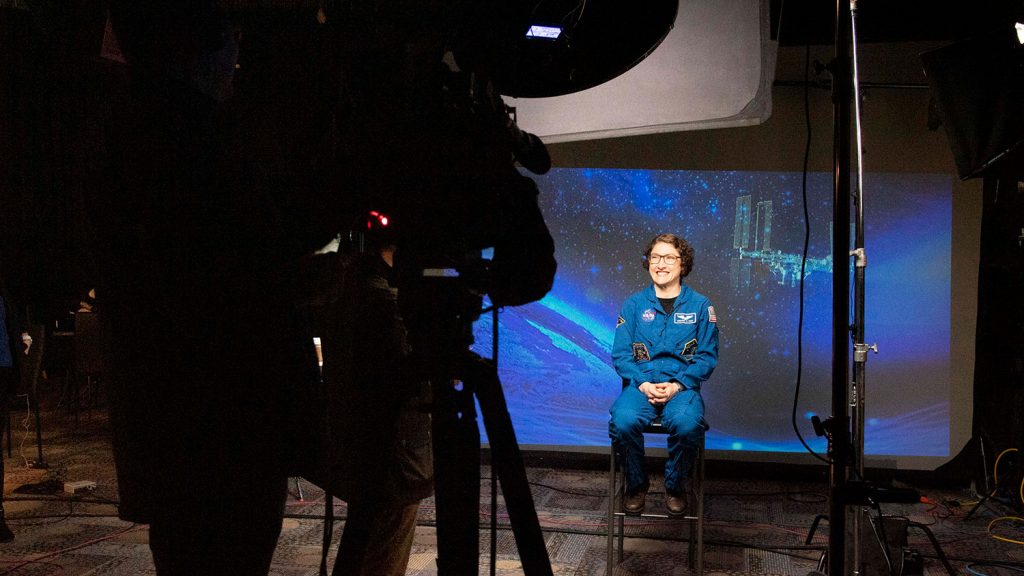 Of the many things NASA astronaut Christina Koch learned while earning three degrees at NC State, one of the most useful was her first foray onto the rock climbing wall at Carmichael Gymnasium.

To be honest, it was about the worst thing Christina Koch could have said when she first looked out the tiny window of the Russian Soyuz MS-12 spacecraft that was hurdling away from home toward the International Space Station.

The words had already escaped the three-time NC State graduate’s lips last March 14 when she realized it might create a bit of concern with her other two commuters, astronauts Aleksey Ovchinin and Nick Hague.

After a record-shattering 328 days, 13 hours and 58 minutes on the space station, with some 5,248 orbits around the Earth and 139,053,992 miles traveled, Koch returned to her home planet last Thursday, a few days after celebrating her 41st birthday with the stars. She and her fellow astronauts landed in a remote part of Kazakhstan and returned to Houston’s Johnson Space Center later that same day.

She spent the next three days recovering in quarantine. On Sunday, she received clearance from her athletic trainer to enjoy a day at the beach with her husband, Robert, and their dog, LBD (Little Brown Dog), along with copious amounts of chips and salsa, the culinary treat she missed the most while setting the record for the longest continuous spaceflight by a female astronaut.

Wednesday, for the first time, Koch talked to the media about her experiences, all the effects of spending nearly a year in microgravity some 250 miles above the Earth’s surface and the critical experiments she conducted on behalf of NASA and other scientists back home.