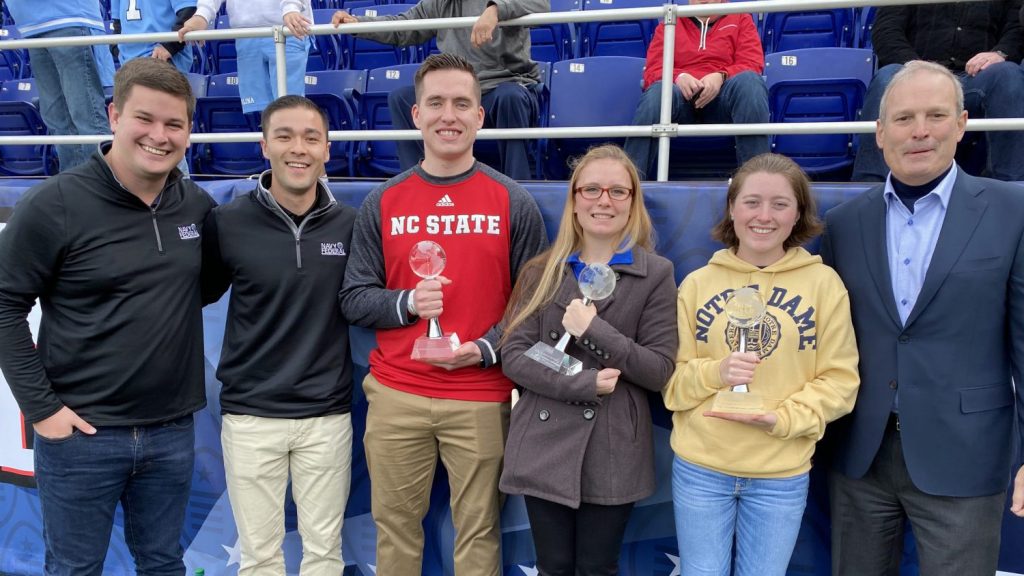 Growing up in Asheville, North Carolina, NC State senior Charles Blum and his five brothers had an important role model for pushing through adversity: their father.

A first-generation immigrant from Germany, Ron Blum taught his family what could be accomplished by doing your best.

“He came from another country, learned a new language, with no support system, and he was able to create a nuclear family and show his sons what hard work and dedication can really do for you,” Blum said. “That pushed us to do our best; and he also instilled a desire to help – that was a selflessness that we all took with us.”

With that kind of foundation from a young age, it’s no surprise Blum, a leader in NC State’s Air Force ROTC(AFROTC), was selected by Navy Federal Credit Union as one of 12 college students from across the country for the 2019 ROTC All-American Team, and then further distinguished within that group as the Air Force ROTC Student of the Year.