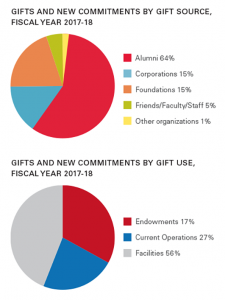 Fueled by strong and early support for Fitts-Woolard Hall, the NC State Engineering Foundation had another record-setting fundraising year with giving totals to the College at $39,287,344. Fiscal Year 2018 ended on June 30, 2018.

The NC State Engineering Foundation, Inc., established in 1944, is the fundraising arm of the College of Engineering. For more information on the Foundation, including financial statements, audits and tax identification number, please visit: foundationsaccounting.ofa.ncsu.edu/foundations/nc-state-engineering-foundation-inc.