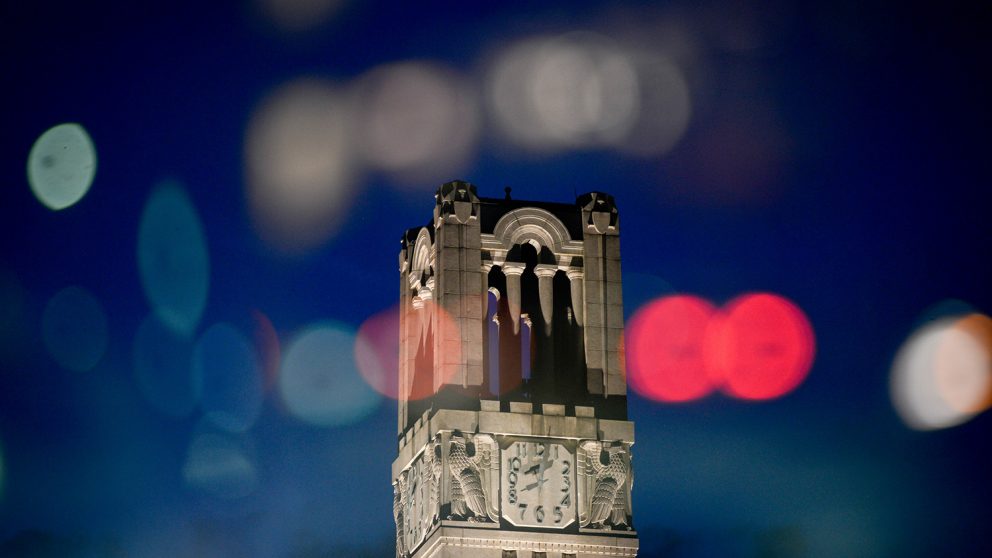 If you ask Glenn Futrell what drew him to NC State, he will share about growing up on a farm in Wayne County, NC, and speak of his father’s best friend Mr. Raymond Bryan, BSCE ’53, president and part owner of T.A. Loving Construction Company. “I wanted to become an NC State engineer because of Mr. Bryan. He was my role model and was my inspiration,” shared Futrell, who graduated with bachelor’s and master’s degrees in civil engineering in 1963 and 1965, respectively.

Futrell does not have one favorite memory of being at NC State, but rather one important moment. “The most important decision I ever made was my decision to go to graduate school and specialize in soil mechanics and engineering.”

Initially, he intended to study structures or transportation, but as luck would have it, there were no open research positions in those fields. Then, he learned there was a spot open with Dr. Harvey Wahls in soils and geotechnical engineering. “That field fit me well and I did well,” said Futrell. “That decision was paramount in my decision to go into business and one of the most important in my whole life.”

After graduate school, Futrell worked at Law Engineering and Testing Company in Charlotte, then founded Soil & Materials Engineers (S&ME). In 1973, S&ME started with five employees. By 1986, it was the fifth-largest geotechnical engineering firm in the U.S., boasting 1,000 employees in 35 branches throughout the Southeast. The company was sold in 1987 to Westinghouse. Futrell moved into the real estate development business and began work on Pirates Cove — a residential community of 600 homes and a 200-slip marina in Manteo, NC, which was finished in the early 2000s.

As an NC State Engineering alumnus, Futrell believes in giving back to the University that helped him so much. “There is no way I could totally repay what NC State has done for me, my success in life and business, but I know I’ve always felt the need to give back any way I can.”

His generosity has led to the establishment of a scholarship in the Department of Civil, Construction, and Environmental Engineering (CCEE), two endowed professorships in CCEE and donations toward the new Fitts-Woolard Hall.

“When the new building was brought to my attention, I felt a need to participate. It’s gratifying to help the College in its next steps to moving completely on Centennial Campus,” shared Futrell. “This new building will enable students and graduate CCEE students to be part of the partnerships with private industries on Centennial Campus. The amount of benefits for current and future students is endless.”

Futrell believes that an education is essential as a foundation for success, but that there are other critical characteristics that a student must also have. To elaborate, he shared one of his favorite quotes, from the 30th president of the United States, Calvin Coolidge:

“Nothing in the world can take the place of persistence. Talent will not; nothing is more common than unsuccessful men with talent. Genius will not; unrewarded genius is almost a proverb. Education will not; the world is full of educated derelicts. Persistence and determination alone are omnipotent. The slogan ‘Press On’ has solved and will always solve the problems of the human race.”