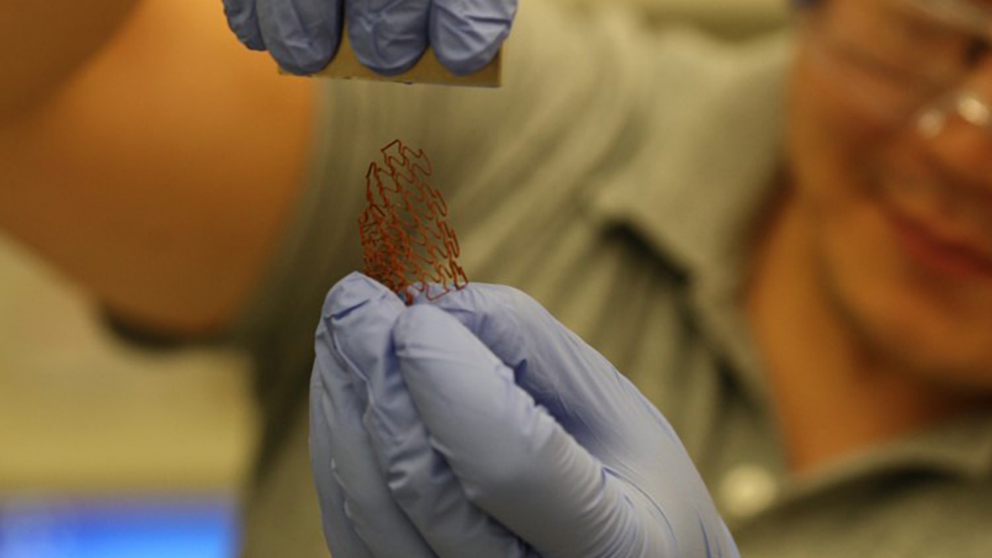 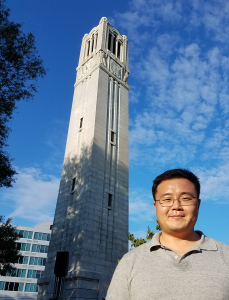 Sangchul Roh, a chemical engineering Ph.D. candidate at North Carolina State University, was placed as one of six finalists in the graduate student portion of the Collegiate Inventors Competition. Roh, who is advised by Dr. Orlin Velev, INVISTA Professor of Chemical and Biomolecular Engineering, was nominated for his submission “Elastic Biocompatible Inks.”

The Collegiate Inventors Competition was founded in 1990 to bring together the nation’s brightest college minds to showcase, recognize and award their cutting-edge research and discovery.

Roh’s project draws its inspiration from sandcastles. “We use the concept of sandcastle to make a 3D printable silicone rubber ink,” said Roh. “Unlike common plastics, silicone rubber cannot be melted and maintain its structural integrity, and therefore cannot be used in common 3D printers. Elastic biocompatible inks, inspired by the force that holds sandcastles together, will change that.”

The process, named “The Sandcastle Solution,” beings with silicone microbeads that are suspended in water. Then, a liquid silicone is added, forming capillary bridges to bind and connect the microbeads. The mixture is then printed and heated. The resulting forms are flexible, porous and biocompatible.

Roh is the second graduate student from Velev’s research group to be named a finalist. Alexander Richter was named a finalist in 2013 for his submission “Silver Nanoparticles Without Metal – A New Generation of Environmentally Benign Antimicrobials.”

In being named a finalist, Roh was invited to showcase his work at the Collegiate Inventors Competition Expo on Nov. 3 in Washington, D.C. and present his work to USPTO patent and trademark examiners, sponsors, media and the public.

“When I heard that I was selected as a finalist for the competition, I was extremely excited” said Roh. “I was very honored to be there because it is one of the biggest invention competitions in U.S.”

Though Roh was not selected as a winning submission, he has submitted a patent with the invention and the work was published in Advanced Materials earlier this year.