When a person vomits, we all jump out of the way to avoid the spray. Now, it looks like that won’t be enough.

Dr. Francis de los Reyes III, a professor of civil, construction and environmental engineering and other researchers from NC State and Wake Forest University have direct evidence showing that vomiting can aerosolize virus particles, like those of the human norovirus. This means that even if you avoid the vomit altogether, the aerosolized virus particles from it can end up on you and surrounding objects and even inside your mouth.

“Epidemiological evidence has pointed to virus aerosolization during vomiting as a likely route for spreading norovirus, and our work here confirms that it’s not only possible but probable,” said Dr. Lee-Ann Jaykus, a professor of food, bioprocessing and nutrition sciences at NC State, co-author of a paper on the work and director of the USDA-NIFA Food Virology Collaborative initiative (NoroCORE).

The norovirus is a group of more than 30 related viruses and affects more than 20 million people a year in the U.S. In about a quarter of cases, people become infected via contaminated food or water, but it is most often spread due to close contact between people. Infections from the norovirus can cause vomiting and diarrhea and, in the worst case, hospitalization or death, especially in the elderly.

For their experiments, the researchers used a vomiting machine. This machine is designed to resemble a scaled-down version of a mouth, esophagus and stomach by using tubes and a pressure chamber that passes through a clay face to give it the correct vomiting angle. It allows researchers to control the pressure and volume of the vomit and is enclosed in a sealed Plexiglas box and placed under a biosafety hood.

The vomiting machine was used to determine if fake vomit containing MS2 bacteriophage, a harmless alternative to the norovirus, would aerosolize during a simulated vomiting event and, if so, how much of it became airborne.

“In terms of overall percentage, not a lot of the virus is aerosolized,” de los Reyes said. “But in absolute terms, it is a lot compared to the amount of virus needed to cause infection.” 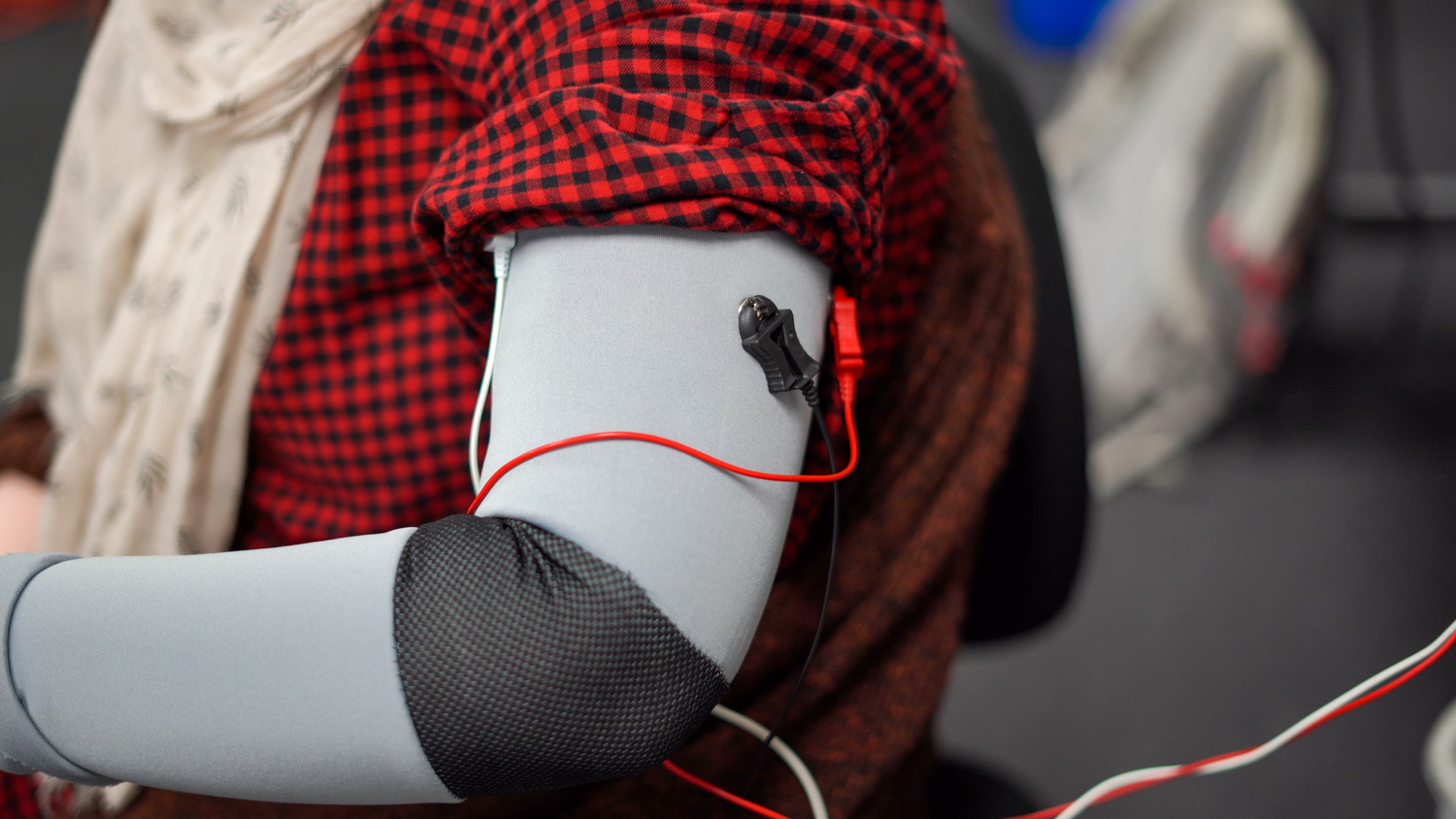