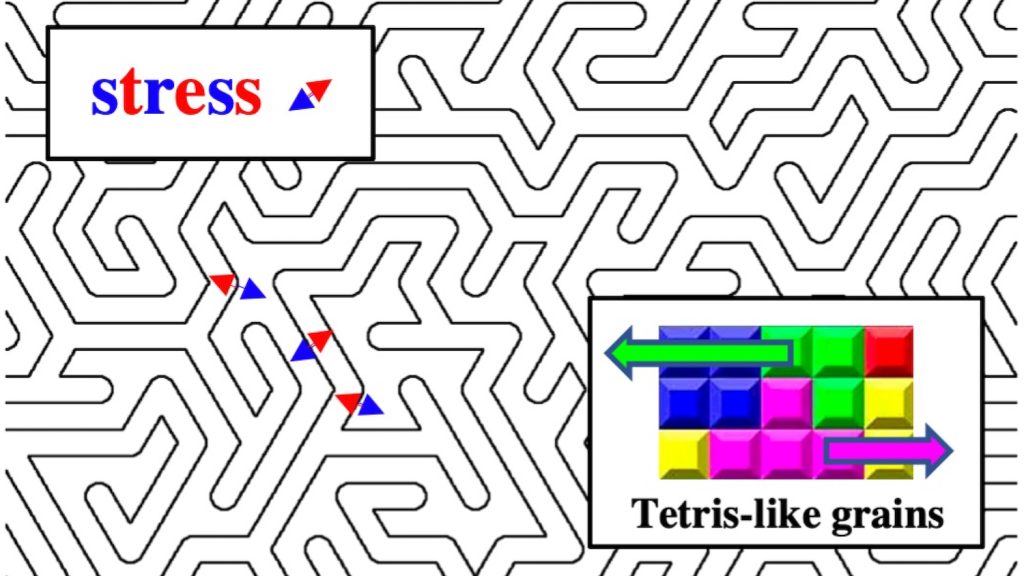 The interlocking fingers of high-entropy carbides and borides push and pull on each other to produce a material that is harder than either material alone. Credit: Duke University 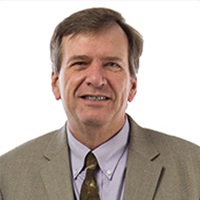 Donald Brenner, distinguished professor and head of the Department of Materials Science and Engineering at NC State, is part of a national collaboration to synthesize inexpensive materials hard enough to literally stir two pieces of steel together with little wear and tear.

Led by researchers at Duke University’s Center for Autonomous Materials Design, the team is funded by a five-year, $7.5 million grant through the Department of Defense’s Multidisciplinary University Research Initiative (MURI) competition. The researchers will also develop a suite of AI-materials tools capable of the on-demand designing of similar materials with properties tailored to a wide range of applications.

Brenner’s role will be critical for the development of these AI algorithms. He will be investigating how regions of compression and tension will be affected by the different properties of the carbides and borides, which researchers will be combining with other metallic elements and stabilizing with chaotic entropy to develop this inexpensive, very hard material.

The class of so-called “high-entropy” materials derives enhanced stability from a chaotic mixture of atoms rather than relying solely on the orderly atomic structure of conventional materials. After first demonstrating this approach with carbides in 2018, the researchers will now look to add borides into the irregular self-organized structures to produce some of the hardest materials ever made.

In addition to Duke and NC State, the MURI project includes researchers from Pennsylvania State University, Missouri University of Science and Technology and the University at Buffalo.

“We’ve already developed the computational machinery needed to tell us when this phenomenon will produce these stable, super-hard materials,” said Stefano Curtarolo, professor of mechanical engineering and materials science at Duke and leader of the new MURI award, his second in the past eight years. “Our goal now is to develop the necessary ‘cooking’ procedures as well as AI-materials tools that can automate the discovery of new recipes to fit different needs.”

While high-entropy materials could be useful for many applications, one of the priorities at the top of the Department of Defense’s list is called friction stir welding. Invented in the early 1990s, the technique uses drill-like bits to join two pieces of metal without melting them.

As the bits rotate, they heat and soften the metal, allowing the surrounding material to swirl and mix as the machine moves along a line. Because neither metal is heated to its melting point, friction stir welding produces an extremely strong and durable joint with few defects. The technique can be used on a wide range of materials and even multiple types of metals at once.

But it struggles with steel.

For a friction stir welding tip to make a successful joint between two pieces of steel, it must be incredibly hard to avoid wearing too fast, thermally stable to withstand the high temperatures, chemically inert so that it does not pollute the weld, and inexpensive enough to mass-produce. Diamond is hard enough for the job, but it sheds carbon atoms during the process, making the weld brittle. Polycrystalline cubic boron nitride—the current material of choice—wears down too quickly for how expensive it is to make.

“If the right material could make friction stir welding a viable choice for large projects involving steel, it could revolutionize the construction of ships and other defense equipment,” said Curtarolo. “And we’ve got the idea for the perfect material for the job.”

The material that Curtarolo and his colleagues have in mind is a combination of carbon, boron, nitrogen and five other inexpensive metallic elements, all stabilized by chaotic entropy.

When students learn about molecular structures, they’re shown crystals like salt, which resembles a 3-D checkerboard. These materials gain their stability and strength through regular, ordered atomic bonds where the atoms fit together like pieces of a jigsaw puzzle.

Imperfections in a crystalline structure, however, can often add strength to a material. If cracks start to propagate along a line of molecular bonds, for example, a group of misaligned structures can stop it in its tracks. Hardening solid metals with the perfect amount of disorder is achieved through a process of heating and quenching called annealing.

High-entropy materials take this idea to the next level. Jettisoning the reliance on crystalline structures and bonds for their stability, these materials rely on disorder at multiple length scales to enhance stability. While a pile of baseballs won’t stand on its own, a pile of baseballs, shoes, bats, hats and gloves just might support a resting baseball player.

In 2018, Curtarolo, Cormac Toher, assistant research professor of mechanical engineering and materials science at Duke, and their team showed that this approach can work with carbides when they produced a handful of recipes that proved extremely hard and heat-tolerant. They have also been working to produce similar boron-based materials and are already approaching the hardness of the industry standard. The key to solving the friction stir welding problem, Curtarolo believes, is combining the two in an interlocking, Tetris-like maze of high-entropy carbides and borides.

“Carbides don’t usually mix with borides, but if we can get them to form interlocking grains, we can make something that is harder than both,” said Curtarolo. “That’s the trick.”

Curtarolo’s team already knows how to model and predict the formation of high-entropy carbides, and they are getting close to figuring out high-entropy borides. For help on that front, Curtarolo is turning to William Fahrenholtz, distinguished professor of ceramic engineering at the Missouri S&T, and an expert on borides and other high-temperature materials.

With a firmer handle on high-entropy borides, the group can generate large amounts of data on their potential recipes and turn them over to Eva Zurek, professor of chemistry at the University at Buffalo, and expert computational and theoretical chemist, who will develop AI algorithms to more quickly zero in on target concoctions. Brenner’s research will help further improve these algorithms.

Testing their concoctions will require specialized equipment that can take elemental powders, heat them at several thousand degrees under high pressures (without melting them) for days, and then slowly let them cool. Overseeing and characterizing the formation of these structures will be handled by Penn State professors of materials science and engineering Jon-Paul Maria and Douglas Wolfe, the latter of whom is also the head of the Department of Metals, Ceramics and Coatings Processing at Penn State’s Applied Research Laboratory.

When all is said and done, Curtarolo and his team hope to not only have produced a super-hard, high-entropy, carbide-boride capable of friction stir welding steel, but to have devised a system for designing similar materials to fit other needs as well.

“We know the pieces work, we just have to put them all together,” said Curtarolo. “Once we have the high-entropy borides as well as the carbides, we can pack them together into a super-hard sandwich. It’s going to be killer.”