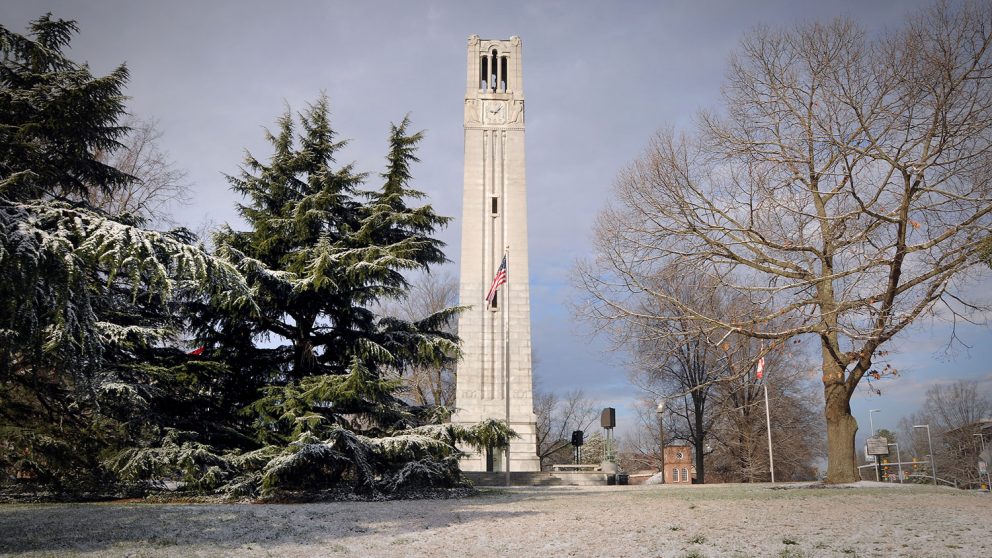 Dr. Alan Icenhour, a 1986 graduate of the Department of Nuclear Engineering at North Carolina State University, has been promoted to deputy for operations at Oak Ridge National Laboratory (ORNL), effective May 1.

Icenhour has spent 30 years at Oak Ridge, the Department of Energy’s largest science and energy laboratory. He earned his bachelor’s degree in nuclear engineering from NC State in 1986 and went on to earn master’s and doctoral degrees from the University of Tennessee at Knoxville.

“Alan brings to this critical position a diverse record of accomplishment and a deep commitment to the Lab’s success,” said Dr. Thomas Zacharia, director of the lab. “His steady rise through a series of leadership roles gives him invaluable perspective for ensuring operational excellence across the ORNL enterprise.

“Throughout his tenure as associate laboratory director for Nuclear Science and

Engineering and the new Isotope Science and Engineering Directorate, Alan has

As chief operating officer, Icenhour will play a central role in fulfilling ORNL’s commitment to simultaneous excellence in science and technology, mission support, and community engagement, the lab said in a statement.

Before joining ORNL, Icenhour was a commissioned officer in the U.S. Navy on a nuclear-powered submarine. After leaving active duty, he continued his service with the Navy as a reservist, retiring in 2010 at the rank of Captain (O-6).

The Lenoir, NC, native is a Fellow of the American Nuclear Society.