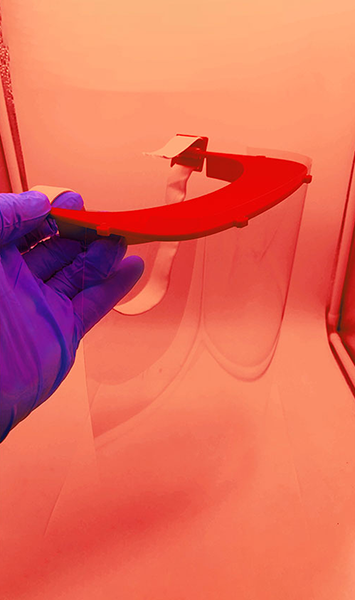 On a Thursday morning in late May, the machine shop in Engineering Building III on NC State’s Centennial Campus is quiet for the first time in a long time.

Soon after the COVID-19 crisis began in the United States in early spring, a team of NC State Engineering faculty members and students undertook an effort to quickly design and produce personal protective equipment (PPE) for frontline healthcare workers in local hospitals and doctor’s offices. Soon, a group of about a dozen graduate students were working 10 to 12 hours a day in the shop, part of the Department of Mechanical and Aerospace Engineering (MAE), as the crisis deepened and healthcare systems worried about a lack of PPE. In the Edward P. Fitts Department of Industrial and Systems Engineering (ISE), students manned 3D printers 24 hours a day to produce face shields.

As spring turned into summer, MAE began transitioning the work to a local company, but not before providing a life-saving boost for healthcare providers scrambling for the equipment they needed to keep them safe so that they could continue saving lives.

The Next Problem to Solve

Grace gave all the credit for the work in MAE to the graduate students from his research team and others who have innovated and done the assembly line work to produce the PPE.

The team manufactured 16,000 plastic face shields that work with a Controlled Air Purifying Respirator (CAPR) system, which provides a wearer with protection from inhaling germs using safe air in an enclosed helmet. The four-piece product includes a plastic face shield (cut from plastic sheets using the department’s laser cutter), a plastic film that provides a seal under the chin and two clips to attach to a CAPR helmet.

To seal the film to the faceshield, the team developed a two-piece system made up of a kitchen griddle and a homemade hand-held sealer that is heated and used to fuse the two pieces together.

The ISE team in the department’s Center for Additive Manufacturing and Logistics (CAMAL) produced 1,273 face shields and 1,384 “ear savers” (pieces that take the pressure of elastics attached to face masks off of a wearer’s ears).

Most of the sets went to North Carolina healthcare systems, but some units have been shipped as far away as New York, Chicago and California.

“It was amazing to get the support from the NC State engineering team,” said Dr. Francis Castiller, medical director of Critical Care at UNC REX Hospital in Raleigh. “The early stages of the pandemic were very uncertain times. The engineering team listened to our needs and their response was impressive. They mobilized a team that designed and produced necessary protective equipment rapidly that essentially supported the entire UNC Health system. It is a reflection of the strong leadership and innovation of the department and how the engineering field can successfully collaborate with healthcare.”

NC State’s Golden Leaf Biotechnology Training and Education Center (BTEC), part of the College of Engineering, partnered with Novozymes to ensure that the University has an adequate supply of hand sanitizer to handle a safe return to campus.

BTEC identified an early opportunity to use its idle production capacity to produce the sanitizer using a formula made available by the World Health Organization. But the key ingredient ethanol — a type of alcohol used in automobile and truck fuels — was hard to come by.

Novozymes, the world’s largest industrial biotechnology company with North American headquarters in North Carolina, was able to supply surplus ethanol made available during the early days of the pandemic in the United States because fewer drivers were on the roads.

After receiving FDA approval, BTEC began producing hand sanitizer in mid-May and bottling it in one-gallon containers at its facility on Centennial Campus. Along with assistance from Novozymes, BTEC received contributions from the Kenan Institute for Engineering, Technology and Science (KIETS) and the University and by fall had produced more than 1,100 gallons for the campus community.

BTEC is also partnering with KIETS to provide sanitizer for the North Carolina Museum of Natural Sciences.

Several research projects are under way in the College that offer promising solutions as the global effort against COVID-19 continues. They include:

A multidisciplinary team led by Drs. Francis de los Reyes, III and Angela Harris in the Department of Civil, Construction, and Environmental Engineering is examining whether tracking the spread of COVID-19 by sampling municipal wastewater might be an effective tool for containing the spread of the disease. The researchers have begun testing in Raleigh, NC; Houston, Texas; Washington, D.C.; and Los Angeles, Calif. The work has been funded by the National Science Foundation (NSF) and the North Carolina Policy Collaboratory.

Drs. Osman Ozaltin, Julie Ivy and Maria Mayorga, faculty members in ISE, received NSF funding for a project that will study how U.S. hospital systems handled a surge in critically ill, infectious patients and adjusted their operations. By examining data from two major hospital systems in Oregon and Washington, D.C. / Maryland, the team hopes to develop important decision support for hospitals that can improve response to future pandemics and mass casualty disasters. 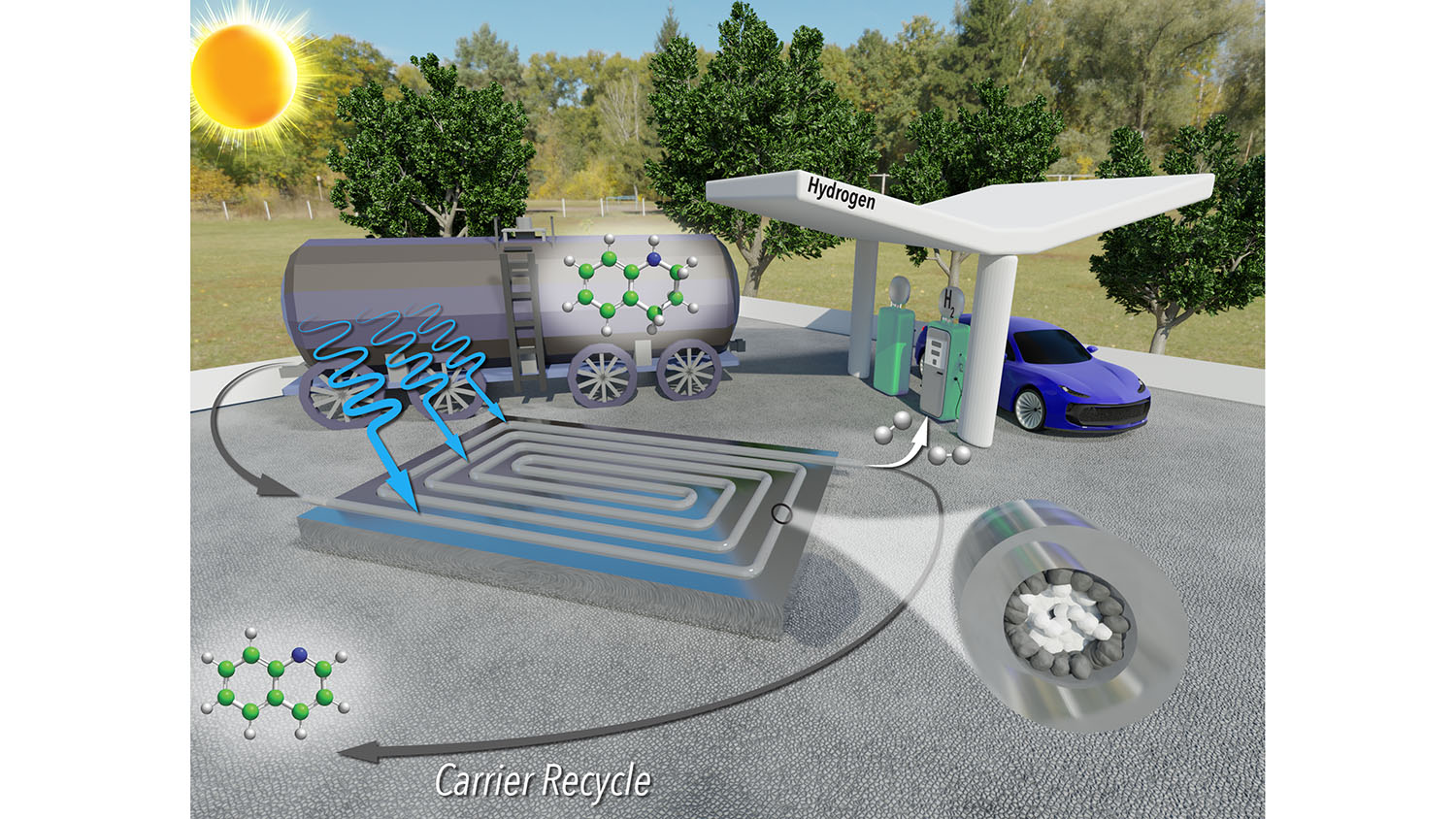