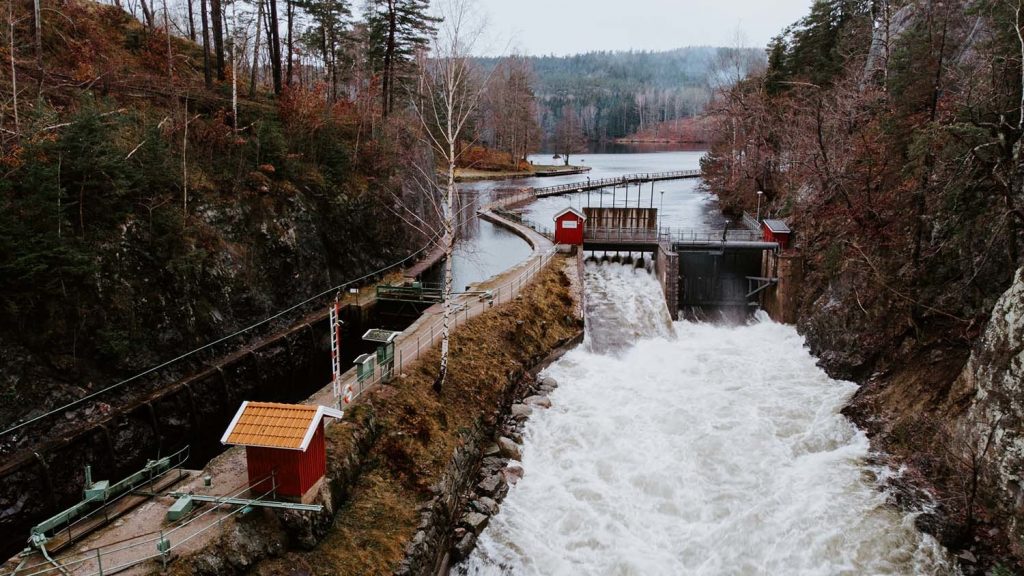 River systems are essential resources for everything from drinking water supply to power generation – but these systems are also hydrologically complex, and it is not always clear how water flow data from various monitoring points relates to any specific piece of infrastructure. Researchers from Cornell University and North Carolina State University have now developed a tool that draws from multiple databases to give water resource managers and infrastructure users the information they need to make informed decisions about water use on river networks.

“A streamgage tells you what the water level is at a specific point in the river – but that’s not really enough information,” says Sankar Arumugam, co-author of a paper on the work and a professor of civil engineering at NC State. “If you are an infrastructure operator, what you really need to know is how long it will take for that water-level information to be relevant to your infrastructure. How far away is the streamgage from your water intake along the river path, not just as the crow flies? How closely connected are those two things, hydrologically?”

“This information is important for managing water systems efficiently, for ensuring that infrastructure – such as power plants – are able to continue operating, and for protecting the infrastructure,” says Sudarshana Mukhopadhyay, first author of the paper and currently a postdoctoral researcher at Cornell University. “The information is particularly important during extreme conditions, such as flooding or drought.

“All of that data already exists, it’s just scattered across separate databases. We’ve developed an algorithm that efficiently pulls all of that information into one place and accounts for how the streamgages and the various infrastructure sites are hydrologically connected over a large watershed,” says Mukhopadhyay, who worked on the research as a Ph.D. student at NC State.

To demonstrate the tool’s utility, the researchers used the algorithm to create a connectivity network demonstrating the interconnectedness of about 1,400 reservoirs and 1,600 streamgages in the upper and lower Colorado River basins.

For this network, the algorithm used data from three sources: topographic information from the U.S. Geological Survey’s (USGS) National Hydrographic Dataset; streamgages from the USGS National Water Information System; and reservoir data from the National Inventory of Dams.

“This is a tool that can be used by power plant operators, reservoir operators, water resource managers – really it’s for anyone who draws water from the river system,” Mukhopadhyay says. “It can inform them about river conditions both upstream and downstream, and help them make decisions about where they should draw water from the system.”

The researchers have also made a template publicly available, allowing anyone to develop similar connectivity networks for other watersheds.

“It should be fairly easy for water resources professionals,” Mukhopadhyay says.

“We are currently working on a national version, which we think will help us better understand all of the ways that river basins connect infrastructures across the country,” Arumugam says.

The paper, “Developing the hydrological dependency structure between streamgage and reservoir networks,” is published open-access in the journal Scientific Data. The paper was co-authored by Chandramauli Awasthi, a Ph.D. student at NC State.

The work was done with support from the National Science Foundation, under grants 1823111 and 1442909; and from the USGS Powell Center Working Group Project “A global synthesis of land-surface fluxes under natural and human-altered watersheds using the Budyko framework.”

“Developing the hydrological dependency structure between streamgage and reservoir networks”