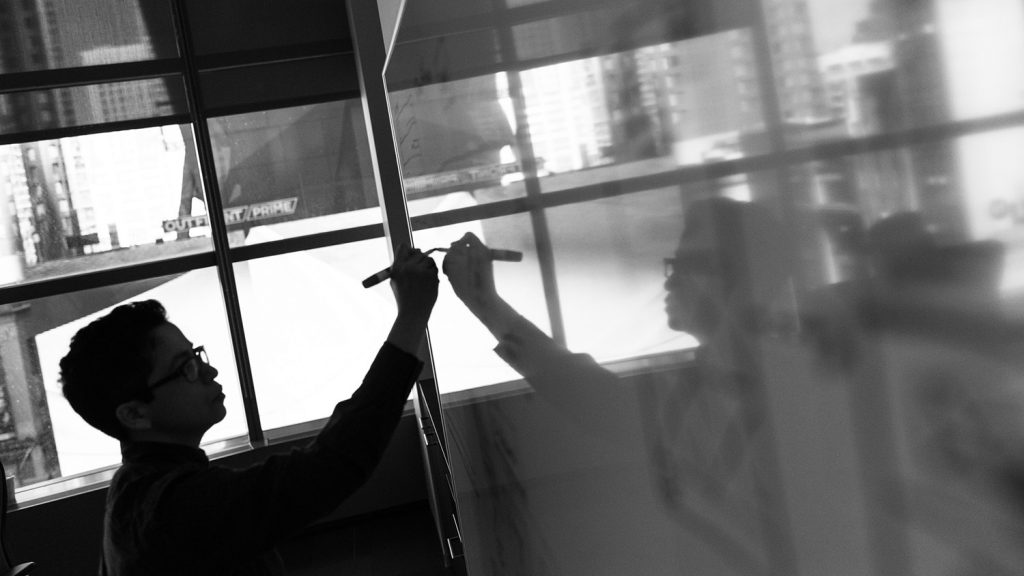 A new study from North Carolina State University and Microsoft finds that the technical interviews currently used in hiring for many software engineering positions test whether a job candidate has performance anxiety rather than whether the candidate is competent at coding. The interviews may also be used to exclude groups or favor specific job candidates.

“Technical interviews are feared and hated in the industry, and it turns out that these interview techniques may also be hurting the industry’s ability to find and hire skilled software engineers,” says Chris Parnin, an assistant professor of computer science at NC State and co-author of a paper on the work. “Our study suggests that a lot of well-qualified job candidates are being eliminated because they’re not used to working on a whiteboard in front of an audience.”

Technical interviews in the software engineering sector generally take the form of giving a job candidate a problem to solve, then requiring the candidate to write out a solution in code on a whiteboard – explaining each step of the process to an interviewer.

Researchers measured each study participant’s interview performance by assessing the accuracy and efficiency of each solution. In other words, they wanted to know whether the code they wrote would work, and the amount of computing resources needed to run it.

“People who took the traditional interview performed half as well as people that were able to interview in private,” Parnin says. “In short, the findings suggest that companies are missing out on really good programmers because those programmers aren’t good at writing on a whiteboard and explaining their work out loud while coding.”

The researchers also note that the current format of technical interviews may also be used to exclude certain job candidates.

“For example, interviewers may give easier problems to candidates they prefer,” Parnin says. “But the format may also serve as a barrier to entire classes of candidates. For example, in our study, all of the women who took the public interview failed, while all of the women who took the private interview passed. Our study was limited, and a larger sample size would be needed to draw firm conclusions, but the idea that the very design of the interview process may effectively exclude an entire class of job candidates is troubling.”

“The technical interview process gives people with industry connections an advantage,” says Mahnaz Behroozi, first author of study and a Ph.D. student at NC State. “But it gives a particularly large advantage to people who can afford to take the time to focus solely on preparing for an interview process that has very little to do with the nature of the work itself.

“And the problems this study highlights are in addition to a suite of other problems associated with the hiring process in the tech sector, which we presented at ICSE-SES [the International Conference on Software Engineering, Software Engineering In Society],” adds Behroozi. “If the tech sector can address all of these challenges in a meaningful way, it will make significant progress in becoming more fair and inclusive. More to the point, the sector will be drawing from a larger and more diverse talent pool, which would contribute to better work.”

The study on technical interviews, “Does Stress Impact Technical Interview Performance?,” will be presented at the ACM Joint European Software Engineering Conference and Symposium on the Foundations of Software Engineering, being held virtually from Nov. 8–13. The study was co-authored by Shivani Shirolkar, a Ph.D. student at NC State who worked on the project while an undergraduate; and by Titus Barik, a researcher at Microsoft and former Ph.D. student at NC State.

Abstract: Software engineering candidates commonly participate in whiteboard technical interviews as part of a hiring assessment. During these sessions, candidates write code while thinking-aloud as they work towards a solution, under the watchful eye of an interviewer. While technical interviews should allow for an unbiased and inclusive assessment of problem-solving ability, surprisingly, another possibility is that technical interviews are instead a procedure for identifying candidates who best handle and migrate stress solely caused by being examined by an interviewer (performance anxiety). To understand if coding interviews—as administered today—can induce stress that significantly hinders performance, we conducted a randomized controlled trial with 48 Computer Science students, comparing them in private and public whiteboard settings. We found that performance is reduced by more than half, by simply being watched by an interviewer. We also observed that stress and cognitive load were significantly higher in a traditional technical interview when compared with our private interview. Consequently, interviewers may be filtering out qualified candidates by confounding assessment of problem-solving ability with unnecessary stress. We propose interview modifications to make problem-solving assessment more equitable and inclusive, such as through private focus sessions and retrospective think-aloud, allowing companies to hire from a larger and diverse pool of talent.