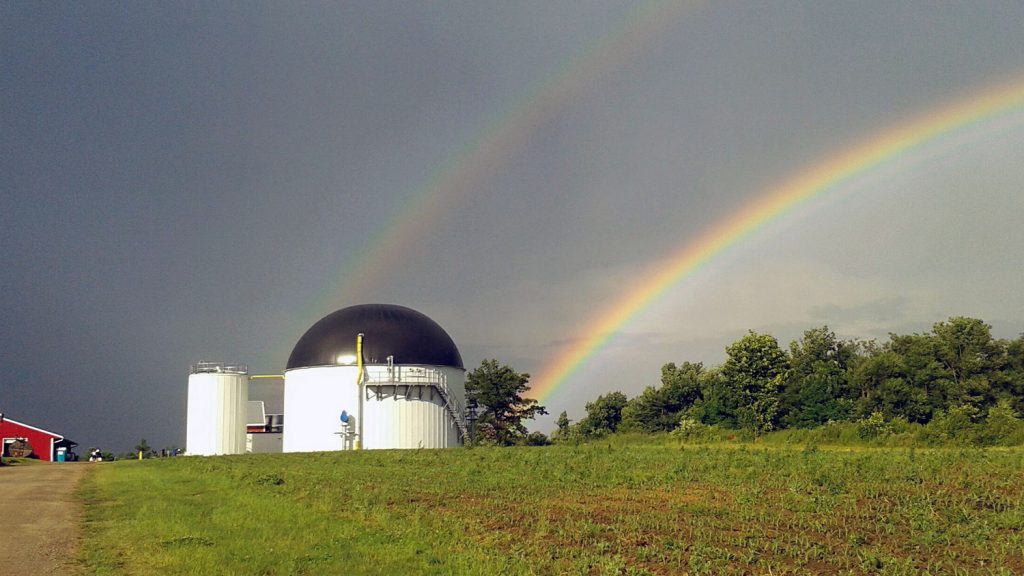 Researchers have developed a model that could boost investment in farm-based sustainable energy projects by allowing investors to more accurately predict whether a project will turn a profit. The model improves on earlier efforts by using advanced computational techniques to address uncertainty.

“Converting animal waste into electricity can be profitable for farmers while also producing environmental benefits, such as reducing greenhouse gas emissions,” says Mahmoud Sharara, lead author of a paper on the work and an assistant professor of biological and agricultural engineering at North Carolina State University. “However, farmers cannot always finance these projects, and projects aren’t always a profitable enterprise for a single farm.

“One way to address this is to develop cooperative anaerobic digestion systems that make use of waste from multiple farms,” Sharara says. “Two of the big questions surrounding this sort of project are: Where do you build the cooperative system? And how can you tell whether it will be profitable?”

To that end, the researchers developed a computational model that tells users how to maximize the economic return on anaerobic digestion systems. Specifically, it tells users where a system should be located, what its capacity should be and how large a geographic area it should serve.

The model accounts for a variety of known factors, such as which species a farm is raising, the size of each farm and where each farm is located. But what sets the model apart is the way it accounts for uncertainty.

For this work, the researchers identified 13 key sources of uncertainty that can affect the profitability of an anaerobic digester system.

The same is true for other sources of uncertainty. For instance, the efficiency of an anaerobic digester is uncertain, but you can predict that the digester’s performance will fall within a certain range.

This is where the model comes in.

The researchers designed the model to run repeated simulations that account for variation in each area of uncertainty. For example, what does profitability look like when electricity prices and digester efficiency are both high? What if they’re both low? And so on. By running all of these simulations for different site locations, capacities and service areas, the model can tell users which combination of factors would generate the most profit.

The research team demonstrated the model with case studies of anaerobic digester systems for dairy farms in two regions of Wisconsin.

“The case studies were a good sanity check for us, and highlighted the viability and utility of the model,” Sharara says.

“Ultimately, we think this will spur investment in these projects, which will be good for both farmers and the environment.”

The model is available now, and the researchers are interested in packaging it in a format that would be easier to use and distribute.

“We’re also hoping to work more closely with anaerobic digester system developers to fine-tune our assessment of the costs related to these systems,” Sharara says. “And, ultimately, we’d like to expand our work to account for efforts to use the solids left behind after anaerobic digestion – such as projects that convert these solids into marketable fertilizer.”

The paper, “Planning methodology for anaerobic digestion systems on animal production facilities under uncertainty,” was published in the journal Waste Management. The paper was co-authored by Maxwell Owusu-Twum, a visiting scholar at NC State; and Troy Runge and Rebecca Larson of the University of Wisconsin-Madison. The work was done with support from Dane County, Wisconsin.

Abstract: Anaerobic digestion (AD) reduces GHG emission and facilitates renewable energy generation. The slow rate of adoption of this technology is often attributed to economic and technical considerations. Collaboration of two or more dairy farms into a centralized AD system can improve the process economics through economies of scale. However, uncertainties related to the process parameters and the scope/scale of the collaborative implementation impede its adoption. This study presents techno-economic optimization model as a design aid to determine ideal location, capacity, and participation level (cluster size) that maximize economic return on a cooperative digester. This study employs a probabilistic approach to overcome uncertainty regarding project parameters such as manure biomethane potential (BMP), project capital, and electricity sale price. Two case studies based on dairy production regions in Wisconsin were developed to test the model and demonstrate its capabilities. Herd sizes and spatial distribution in a given region were found to be critical factors in determining the viability of digestion projects in general, and collaborative digestion systems in particular. The number of simulation runs needed to capture the probability of profitable AD facility establishment was less than 1000 for both case studies assessed. Electricity sale price and biomethane potential of feedstock utilized were found to be the most restrictive to the feasibility of AD adoption. Changing the optimization objective function, to adopting maximization, favored the formation of collaborative AD facilities for both case studies evaluated.