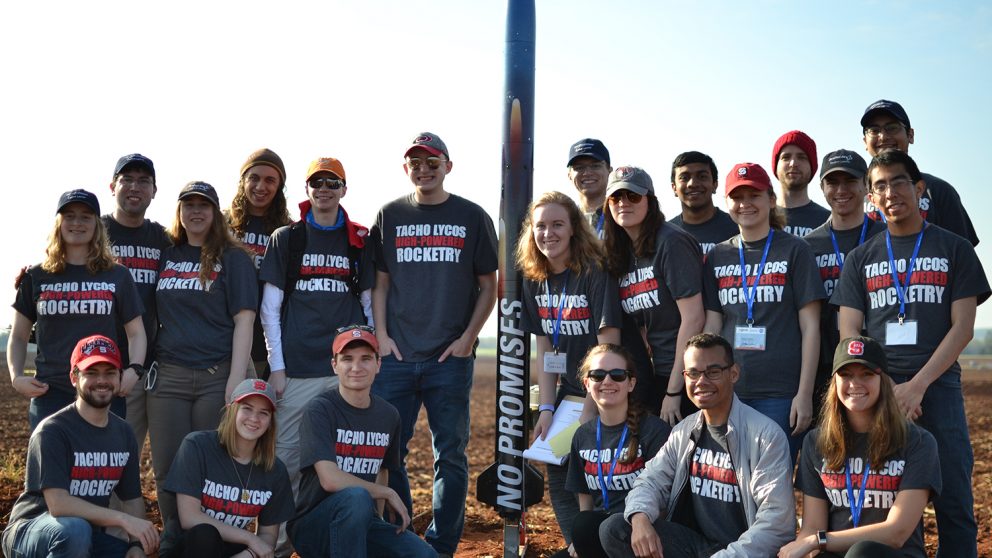 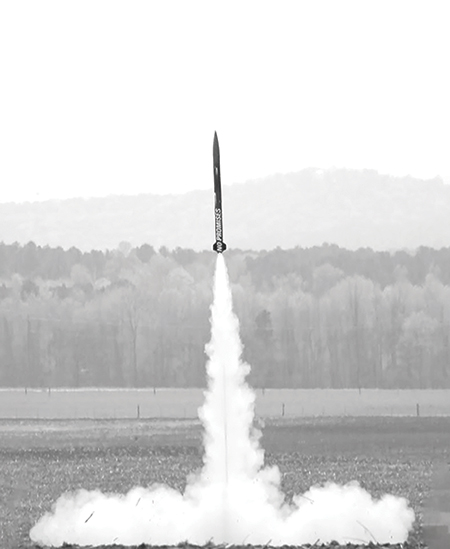 As their rocket climbed toward the sky outside NASA’s Marshall Space Flight Center in Huntsville, Ala., the NC State High-Powered Rocketry Club members watched it go up — and up, and up.

“It went straight up, and we thought it went really high,” said Ashby Scruggs, president of the club and a senior majoring in aerospace engineering. “We thought, ‘Wow, that must be so much over our expected altitude.’”

It wasn’t. The rocket went just 12 feet above the team’s projected altitude of 4,090 feet. As the team whose rocket was closest to the predicted altitude, NC State won first place in the altitude award section of the NASA Student Launch Competition. The second- and third-place teams were 35 and 48 feet off their respective predicted altitudes.

“We were all so shocked because in our last couple of test launches, we were off by several hundred feet,” said Joseph Taylor, media officer for the club and a senior majoring in plant biology and environmental science. As part of the payload operations team, he was one of the first to hear the results from the altimeters, the instrument that measures altitude.

During the club’s test launches, when winds hit the rocket, it would lean slightly in that direction rather than adjusting back to center, making it apparent that their rocket was slightly over-stable, explained Frances McBride, safety officer for the club and a sophomore majoring in aerospace engineering. Because of the over-stability, the rocket fell short of the predicted altitude during test launches. But it all worked out on the day it mattered, and with that first-place finish, NC State finished eighth overall.

“We’re really proud of our accomplishment,” Scruggs said. “That’s the best we’ve done in a couple of years.”

The club attends the NASA competition every April after eight months of preparation. NASA issues a request for proposal in August, and the assignment is based on one of NASA’s current projects. This year, because NASA is developing unmanned aerial vehicles (UAVs) to collect soil samples from Mars, the students also developed a UAV that deployed when the rocket landed.

The club, which has between 45 and 60 members each year, works together on the reports for NASA and on the design and construction of the rocket and its payload. The club is comprised mostly of NC State engineering students but is open to students in other colleges and majors.

About 20 members travel for the competition, where they have a chance to tour Marshall Space Flight Center and other facilities, learning about the latest space exploration developments.

“I went from zero to a fair understanding of rocketry in a whole year,” McBride said. “I would not be where I am without this club.”