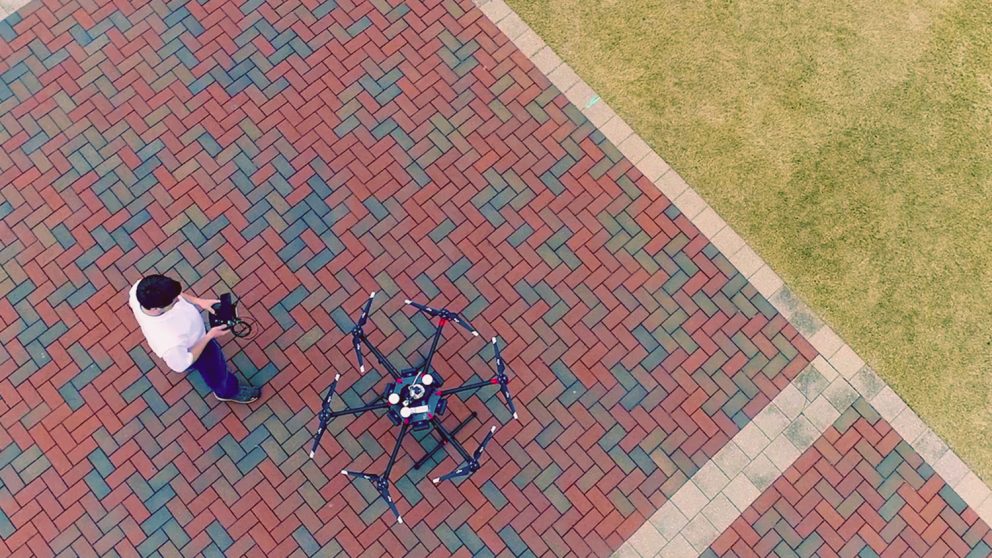 Advancing 5G wireless technology on mobile platforms is the goal of a new Research Triangle partnership funded by the National Science Foundation.

Fifth generation (5G) wireless networks hold
promise to be as much as 10 times more efficient than current 4G networks, with
faster speeds and higher capacity to support many more data connections than
previously possible.

To ensure the nation’s leadership in 5G, the
National Science Foundation (NSF) and an industry consortium have invested $100
million over the next seven years to build
specialized wireless networks for U.S. researchers to test new ways of
increasing wireless speed and capacity.

“The platform will enable significant
research into the wireless communications capabilities necessary for autonomous
drone and mobility systems,” says Erwin Gianchandani, NSF acting assistant
director for computer and information science and engineering. “By enabling
experiments that consider three-dimensional, highly mobile and diverse
scenarios, AERPAW will be critically important for enhancing wireless
networking capabilities in our communities, and for furthering the development
of innovative new applications that will improve civic services and citizen
safety.”

NC State will work closely with the Wireless
Research Center and researchers at Mississippi State University, Renaissance Computing Institute (RENCI) at the University
of North Carolina at Chapel Hill, Purdue University and the University
of South Carolina, as well as local partners including the Town of Cary, City
of Raleigh and N.C. Department of Transportation to deploy the technology.

“NC State is committed to groundbreaking
research that benefits our communities,” says Chancellor Randy Woodson. “We’re
excited to work with our public and private partners to advance wireless communications
and drone interaction.”

The platforms are designed to accelerate the
development and commercialization of promising technologies, ensuring continued
U.S. leadership in wireless communications, while also preparing the
next-generation workforce for new job opportunities.

“On the AERPAW platform, drones and 5G are
integrated to be mutually beneficial,” says NC State Vice Chancellor for
Information Technology Marc Hoit. “Drones are supporting 5G by providing
increased coverage and connectivity; and 5G is supporting drones by providing
improved signals and location data.”

On today’s networks, fixed nodes enable 4G signals to connect to wireless devices. On the AERPAW platform, nodes will be mobile, with the ability to transmit and receive radio waves from user devices while moving on demand. For example, in the aftermath of a natural disaster such as a hurricane, existing cellular networks may be damaged. As a result, aerial base stations can position themselves to provide the best wireless coverage to victims and first responders who would otherwise have no cellular connectivity.

“Drones are not the only mobile nodes,” adds Guvenc, “NC State researchers will also be putting 5G equipment on cars, buses, golf carts and rovers for vehicle-to-vehicle communications, which will support autonomous driving and accident reduction.”

The platform also has the potential to help
pilots fly drones beyond line of sight, allowing for improved air traffic
control under FAA regulations.

Other potential impacts to citizens include:

“This announcement builds on the existing
engineering and information technology sectors, reflecting the strength of our
workforce, and creating truly unique opportunities for Raleigh and NC State,”
says Raleigh Mayor Nancy McFarlane. “As Mayor, I am both proud and humbled that
our City will participate in the first of this kind of research, working
together to develop the technologies of the future at NC State.”

“Cary is proud to partner with so many
innovation leaders in this effort,” says Cary Mayor Harold Weinbrecht.
“5G technology has amazing potential to help Cary improve services and
public safety for our citizens. As a smart and connected community, we also
understand the impact this technology will have beyond our region, and we’re
honored to have a role in its development.”

The Wireless Research Center (WRC), based in
Wake Forest, N.C., will help manage the deployment of AERPAW’s wireless
testbed, including supporting operation and maintenance. The center advances
communications technology for companies worldwide with unique capabilities for
applied research, engineering and certified testing.  The WRC’s Regional Internet of Things (RIoT)
initiative will provide AERPAW users with access to one of the nation’s largest
communities of IoT technology solution providers and entrepreneurs.

The economic impact of 5G is expected to be significant, too. As a result of leadership in 4G, in 2016 the U.S. increased GDP by $100 billion, creating more jobs and lowering consumer costs. 5G promises an even larger impact, as the technology is predicted to enable more than $12 trillion in global economic output by 2035, based on data from IHS.

AERPAW is expected to be operational in fall 2020.