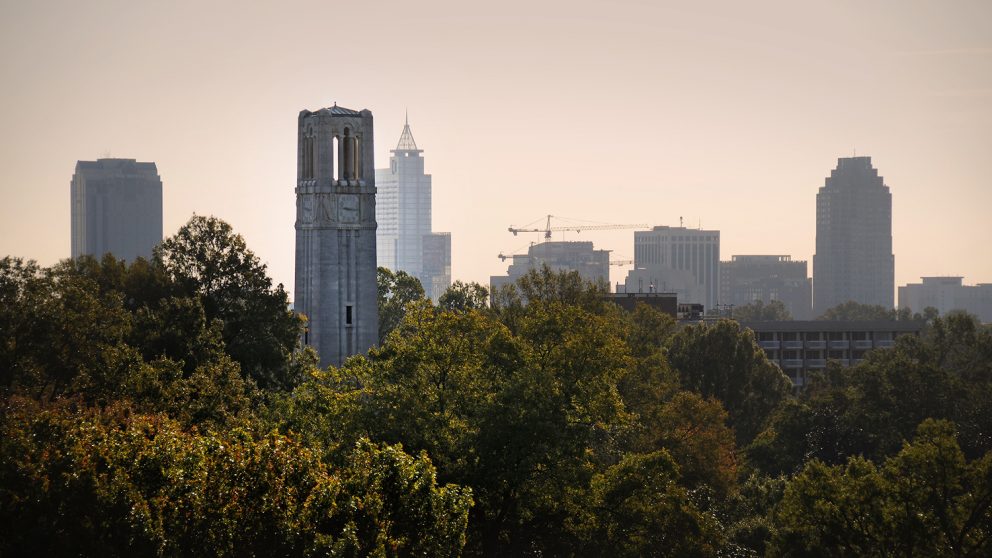 Downtown Raleigh skyline rises up behind the Memorial Belltower.

The College of Engineering at North Carolina State University continues to hold its position amongst the best colleges of engineering in the country.

Released this week, the US News & World Report rankings of undergraduate engineering programs placed the College 34th nationally and 19th among public institutions. NC State tied at 34th with the University of California located in Santa Barbara.

by surveying engineering deans and senior faculty members. The annual report is one of the most widely distributed rankings of U.S. colleges and universities.