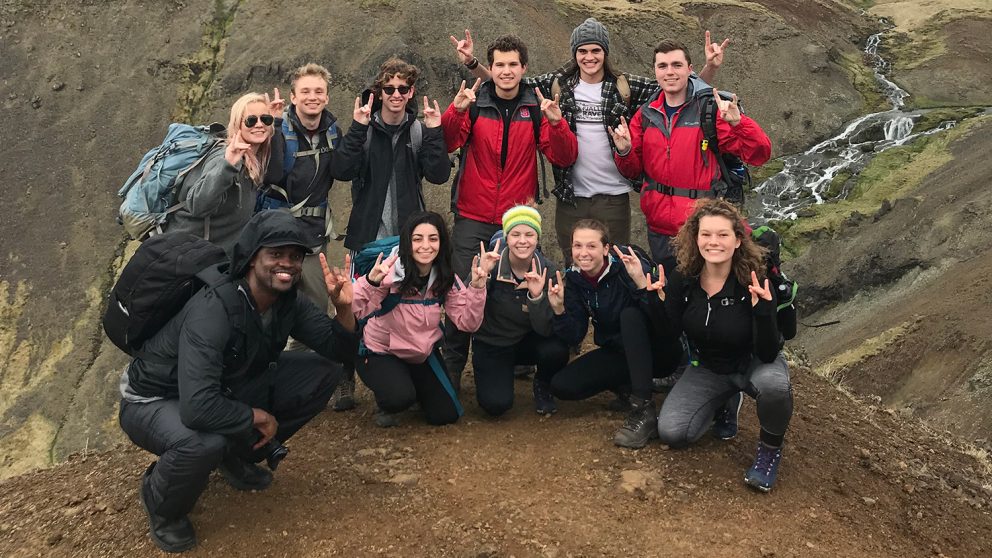 NC State engineering students learned about hydropower and geothermal energy on a study abroad trip to Iceland in May. 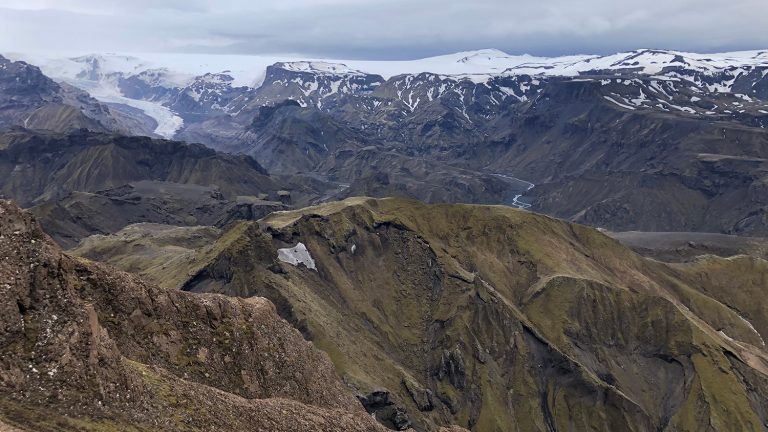 In Iceland, pillars of steam rise from the earth, while nearby waterfalls and rivers rush through the dark mountainous landscapes and past glaciers covered in volcanic ash. For 11 NC State College of Engineering students on a study abroad trip, it felt like they were in a different world.

Iceland’s natural features are the result of the country’s unique location, as the island lies in an active volcanic zone that creates geothermal activity, and it is far enough north to have glaciers that flow into rivers during seasonal melt. Several decades ago, Iceland engineered ways to harness these resources, and 100 percent of its electricity is powered by renewable energy, making the country an ideal place for a study abroad trip focused on sustainability.

“It was cool to see a community that was so determined to make a difference and devoted to sustainability and conservation,” said Caitlyn Bell, a rising sophomore majoring in chemical engineering and an Engineering Ambassador in the College. “And they’ve embraced their natural landscape. They had a lot of pride in it.”

The trip was coordinated by NC State along with the Iceland GREEN program, an intensive program held in partnership with the Iceland School of Energy at Reykjavik University. This marks the second year the university has sent students to Iceland, and Brian Koehler, director of student engagement, said they will continue organizing the trip.

During the program, students attended classes on the natural history of Iceland, geothermal energy, hydropower and entrepreneurship in energy and the environment. For the entrepreneurship class, each student team developed a product or service that promoted sustainability, and presented at the conclusion of their trip to classmates and live streamed the presentations to professors at Reykjavik University.

As part of their classes, students toured two hydropower plants and a geothermal plant, as well as a biofuel facility. In Iceland, about 75 percent of the country’s electricity comes from hydropower, while the remaining 25 percent is produced by geothermal energy.

Dr. Javon Adams, coordinator of engineering transfer advising and diversity research for the College, noted that in Iceland, students had the opportunity to meet people who live differently from them, opening their minds to alternative ways of thinking and problem solving. He attended the trip this year with the NC State cohort.

“Being in a country that relies so heavily on renewable energy would illuminate the differences in our energy utilization domestically and the potential environmental impacts,” he said.

Bell said it was important for her and her classmates to see how Iceland approached sustainability and successfully implemented sustainable solutions, as they will be the future engineers, scientists and policymakers focused on promoting the use of renewable energy to mitigate the effects of global warming.

She said the potential environmental impacts of global warming were especially clear during a three-day backpacking trip, when the students climbed up to a mountain peak for a panoramic view of the ocean, black sand beaches, green vegetation and glaciers covered with volcanic ash.

“We’re looking around and seeing glaciers, and I’m thinking ‘This could all be gone,’” she said. “So it was almost a call to action in a way, and I think that was a cool experience that kind of summed up the trip.”