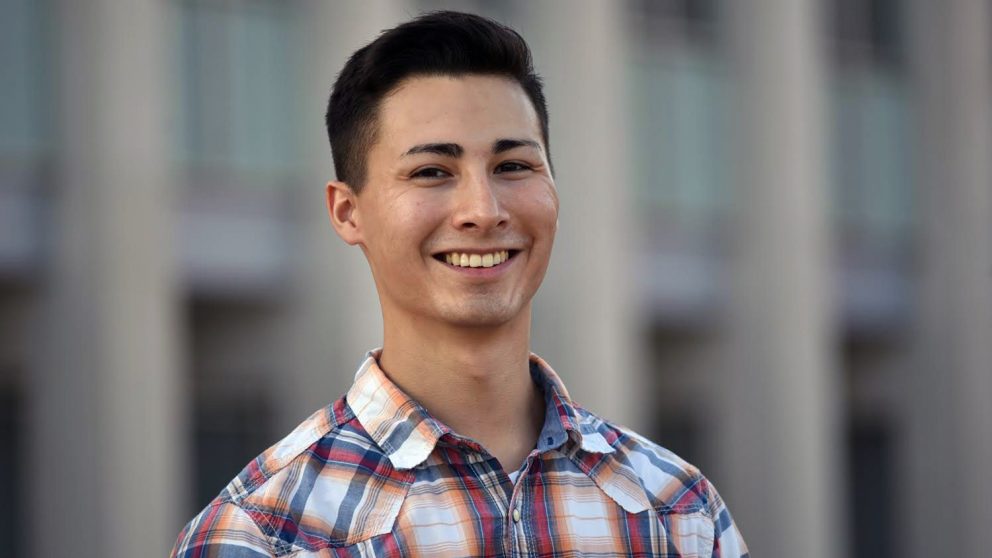 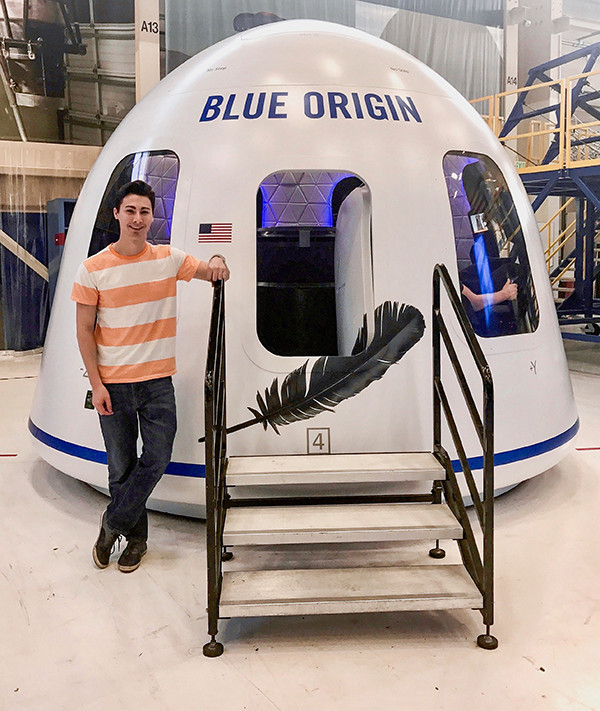 For NC State alumnus AJ Rackl, a normal day at work often includes highly specific technical work on hardware that will go into space. But he says it’s the soft skills — how to lead a project, work in a group and network with people — that have helped him the most since graduating from NC State.

The 2016 graduate of the Department of Mechanical and Aerospace Engineering is an aerospace engineer at Blue Origin, a company that designs and manufactures rockets to send payloads and humans into space. Based in Kent, WA, the company was founded by Amazon CEO Jeff Bezos.

As a member of Blue Origin’s New Graduate Rotation Program, Rackl spends a year rotating through engineering groups within the company working on projects that take three to four months. He has worked on the suborbital rocket, New Shepard; the orbital-class rocket, New Glenn; and the BE-3U liquid rocket engine.

“My work day typically involves a fun mix of design, analysis and testing for these various spaceflight systems. I spend an equal amount of the time designing and analyzing components as I do testing them and getting data in a hands-on setting,” he said. “It’s incredibly rewarding to see the projects I work on come to fruition in the form of hardware that will fly into space.”

Rackl even sent something of his own to space — his Order of the Engineer ring — aboard the New Shepard on a test flight in January 2019.

Throughout his academic career — he finished an M.S. in aerospace engineering at Purdue University in 2018 — and current industry job, Rackl said that learning teamwork and networking skills at NC State have been the most important lessons he’s carried with him.

“My senior capstone project taught me how to lead and work in a small engineering team, as well as how to meet your goals in an aggressively set timeline and in the face of adversity. I also learned the important skill of continuously seeking out constructive feedback from my peers and mentors in order to make myself a better engineer,” he said.

At NC State, Rackl credits the start of his professional development with the co-op program. He completed his first co-op with American Airlines, where he had an early introduction to aerospace engineering and how engineers operate day-to-day in the commercial aviation industry. He also conducted undergraduate research in Dr. Mark Pankow’s Ballistic Loading and Structural Testing (BLAST) Lab.

Rackl continues to network with and support recent NC State graduates and current students as the regional presentative in the Greater Seattle area for the NC State Engineering Foundation. He is a member of the Foundation’s Young Alumni Advisory Board, and he helps organize networking events to connect NC State graduates in the area.

“Seattle is the nation’s fastest-growing tech hub and naturally attracts an increasing amount of engineering talent from stellar schools like NC State,” he said.