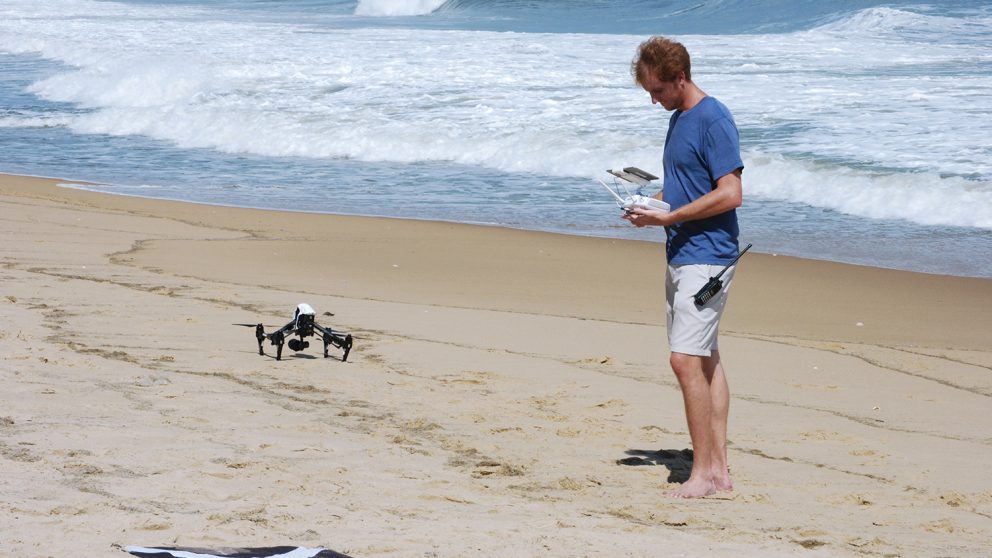 When Hurricane Florence hit North Carolina in September 2018, it devastated parts of the state and caused record flooding. Since then, some College of Engineering faculty members have been working on research that will help improve how we prepare for storms and handle the aftermath. 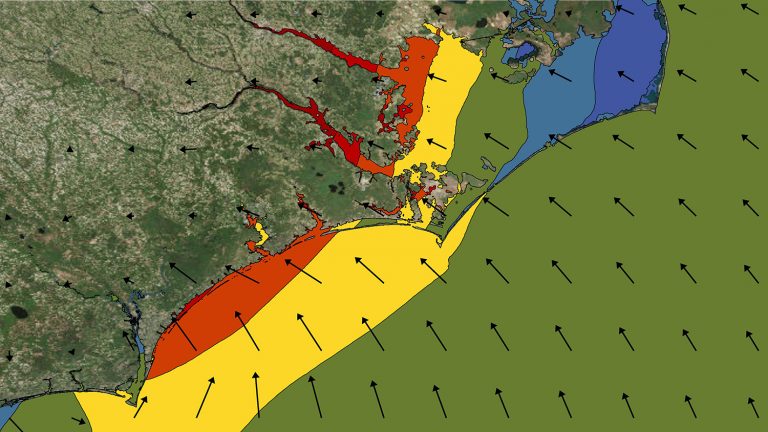 Dr. Casey Dietrich, an assistant professor in the Department of Civil, Construction, and Environmental Engineering (CCEE), leads the Coastal and Computational Hydraulics Team and develops computational models that predict storm surge and coastal flooding. Using the model ADCIRC, the team makes predictions about how high sea waters will rise, which areas will be flooded and for how long. These predictions are made for the entire coastline, and then his team visualizes the flooding at the scales of individual buildings and coastal infrastructure. During Florence, Dietrich’s team and collaborators acted as liaisons for state emergency managers to aid their decision making.

“The models are just one data point among many, but they’re helpful in understanding hazards and used to make predictions in real time — partly to make decisions about evacuation, where to deploy resources after, safe places to put emergency vehicles and water supplies,” he said.

The state emergency managers are able to use the flooding predictions to get immediate estimates on damages, which helps communities that are figuring out how much recovery will cost.

After Hurricane Matthew in 2016, Dietrich and his colleagues improved the models’ ability to forecast encroaching water along shorelines. Post-Florence, Dietrich said the research focus is to speed up the model and allow for more permutations to see what might happen if a storm slows down or shifts direction.

A better way to manage volunteers

After a natural disaster like Hurricane Florence, people come in droves to help with ongoing post-disaster relief efforts. But these good intentions can sometimes cause problems, as local and national organizations try to manage large quantities of volunteers.

Dr. Maria Mayorga, a professor of personalized medicine in the Edward P. Fitts Department of Industrial and Systems Engineering (ISE), is conducting research on these “spontaneous volunteers” to figure out how to more effectively and efficiently organize an influx of people wanting to help after a catastrophe. In addition to other data collection efforts, Mayorga and her students developed a set of questions for volunteers and volunteer coordinators to gain a better sense of why people volunteer, how they are currently managed and how success is defined.

Mayorga’s research is being funded by a National Science Foundation (NSF) Rapid Response Research (RAPID) grant. In the fall, Mayorga and her collaborators from New York and Alabama, along with a group of undergraduate students, visited Brunswick County to see an affected community and conduct interviews. Students have continued interviews over the phone, video chat and in person. Mayorga said it’s been an important experience for students, who are seeing the ways they can make an immediate impact as an engineer.

“By going to volunteer, we met the people who are affected,” she said. “All of the volunteer coordinators we talked to saw value in our research and realized it was important to look at.”

Another ISE professor, Dr. Julie Ivy, received a RAPID grant to evaluate the challenges faced by the Food Bank of Central and Eastern North Carolina during Florence. Ivy and her team will look at how the food bank prepared for, responded to and recovered from Florence and the disruptions it caused to its networks.

While the northeastern part of North Carolina’s coast was not as heavily affected as other parts of the state, Florence’s effects on dunes still provided valuable research on coastal erosion. Dr. Beth Sciaudone, CCEE research assistant professor, led a group of graduate students and research faculty members in collecting 39 field samples and 43 profile surveys in Dare County to help make predictions about coastal erosion and prepare for the next storm. NC State has conducted ongoing research in partnership with the state Department of Transportation (DOT) to study erosion along N.C. 12, which often experiences overwash.

Students looked at variations in sediment size and compared how the dunes fared during Florence with previously collected data. They studied how sediment size distributions are changing due to beach nourishment — when sand is dredged and added to an area to combat erosion. Areas recently nourished had coarser grain sizes than natural areas, and the constructed beaches and dunes also held up better compared to areas that had not been nourished recently. Members of the research team also operated drones to evaluate the topographic surface and conduct geospatial analysis.

The research report from the expedition will help improve storm surge forecasting by providing better data on coastal morphology changes.

Montoya, who was part of an NSF-funded Geotechnical Extreme Events Reconnaissance (GEER) team, brought four graduate students with her. Through Sept. 24-27, they surveyed how wind, rain and flooding caused changes to soil and engineered structures — and looked at how those changes could have negatively affected infrastructure and public safety.

In the GEER report, researchers found that because of the changes North Carolina DOT made after Hurricane Matthew in 2016, many bridge pilings performed better during Florence than they did in previous storms.