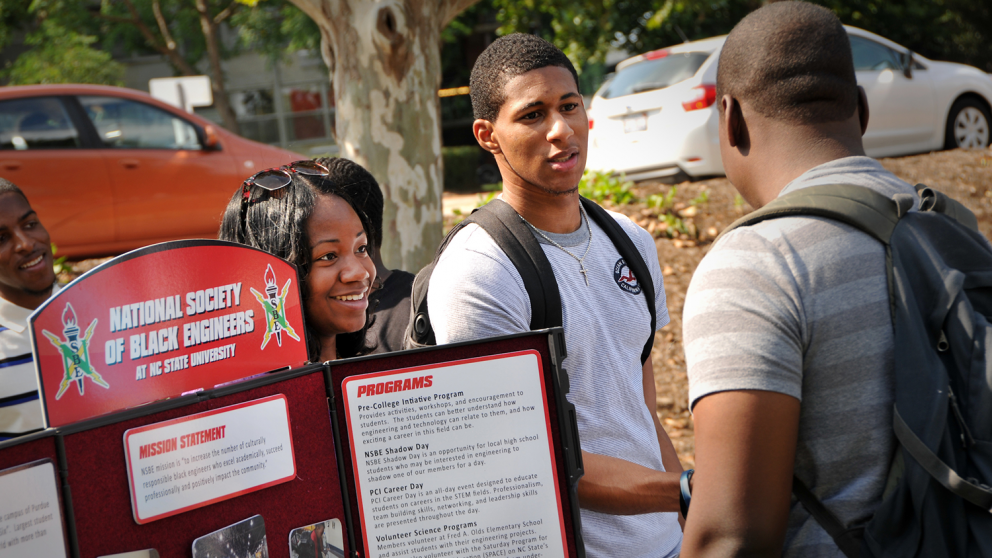 Diverse: Issues in Higher Education has once again ranked NC State as a top producer of graduates in engineering in several categories.

The February 7, 2019 issue of Diverse: Issues in Higher Education, celebrating Black History Month lists NC State as #7 in its top producers of bachelor’s degrees in engineering earned by African-American students, with 66 graduates, up 3% from last year’s 64.

For master’s degrees in engineering, NC State ranks #33 this year in a tie with two other institutions, with a total 8 graduates, down 47% from last year’s 15.

The data for the magazine’s rankings comes from research conducted by Rhonda Vonshay Sharpe using data from the “Completions Survey” of the Integrated Postsecondary Education Data System collected by the U.S. Department of Education’s National Center for Education Statistics.

Previously, the November 15, 2018 issue of Diverse: Issues in Higher Education, celebrating Native American Heritage Month, listed NC State at #4 in its top producers of bachelor’s degrees in engineering earned by Native American students, with 8 graduates, up 100 from last year’s 4.

The October 4, 2018 issue of Diverse: Issues in Higher Education, celebrating National Hispanic Heritage Month, listed NC State at #25 in tie with Purdue University in its top producers of master’s degrees in engineering earned by Hispanic American students, with 24 earned, up 3% from 23 last year.