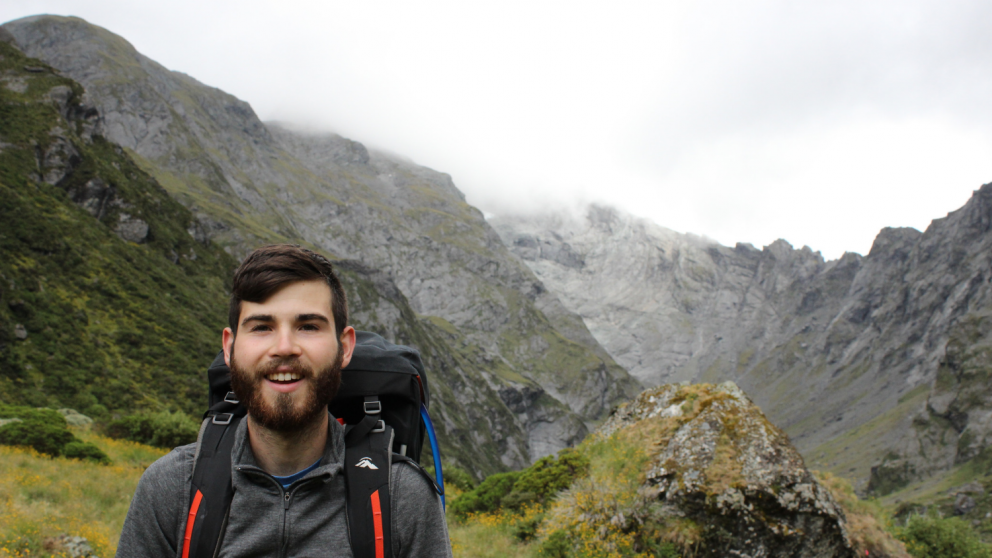 I chose to study abroad as a way to see new parts of the world.

The city of Adelaide was the perfect place for me. It was just the right size to have everything I wanted or needed, but small enough that the locals had a chill attitude. The weather was almost always perfect, and there was plenty of green space around the River Torrens close by. My house was located in a central location in walking distance to the University of Adelaide, grocery stores, parks, the train station, bars, restaurants; not to mention that downtown Adelaide could be traversed in around 30 minutes on foot. Both beaches and mountains were around 20 minutes away from the city center. It was less expensive to live in Adelaide than Sydney or Melbourne, but flights to these cities were very cheap and always available. Don’t hold yourself back. For me, it was easy to try things with a group of new people, and I was able to explore on my own and make new friends a lot more easily than I thought was possible. Being in a new place can be intimidating, but its easy to be yourself when you have nothing to lose. I found that people were very understanding when I encountered problems as a result of my lack of local knowledge, and hanging out with other international students helped me find opportunities where newness was accepted as the norm.

Were you surprised by anything during your time abroad?

I was surprised by how similar the United States and Australia were in their attitudes and values. They have similar infrastructures and suburban sprawl around the cities, and most people commute by car into the city for work. The way in which the countries have developed is very similar, both with very strong cultures that are somewhat separated from those of the surrounding countries (if you can say Australia even has any). Both have very strong nationalist cultures, yet have a diverse population from a large number of immigrants throughout history. I did note that American politics and pop culture are very prevalent, even in Australia. Some Australians even knew more about American pop culture than I did. I think that Australia has a similar situation to America’s in its issues with race, gender, and LGBTQ+ rights.

In what ways did your identity have an impact on your experience abroad? For a lot of people, one of the scariest parts about coming out is the effect it will have on your personal connections. So being around completely new people while abroad was freeing in the sense that I had nothing to lose if I was not accepted, and knowing that I was able to choose my connections based on factors other than situational closeness made me more excited to make friends. I was able to meet more people with my identity because of the size of Adelaide, and I experienced a higher visibility of people in the LGBTQ+ community.

Is there any advice you would give to other students who share your identity?

Don’t be afraid of people you meet, after all, if they don’t like who you are, you’ll never have to see them again!

Where did you find support to navigate any challenges you faced abroad?

Most of my support came from other international students, who were also new to the city and were eager to make meaningful connections. I found support in my classes from Australians who shared my major, and I found that even outside of university people were always eager to help with anything if they had the means. My program supported me in finding housing and learning a little about Adelaide in the first few days.