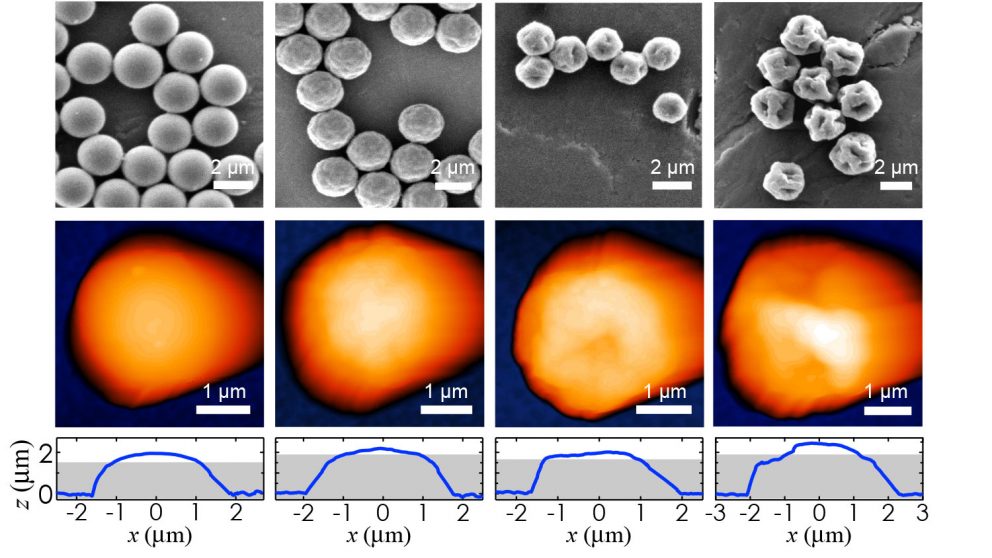 New research from NC State, Massachusetts Institute of Technology and the University of Michigan finds that the surface texture of microparticles in a liquid suspension can cause internal friction that significantly alters the suspension’s viscosity — effectively making the liquid thicker or thinner. The finding can help address problems for companies in fields from biopharmaceuticals to chemical manufacturing.

“We heard about problems companies were having with pumping suspensions and became curious about what was causing these problems,” says Dr. Lilian Hsiao, an assistant professor of chemical and biomolecular engineering at NC State and lead author of a paper on the work. “Given the ubiquity of these types of fluids in the industry, we were surprised that no one had systematically looked at the role of surface roughness before. That turns out to be a really important factor in how these particle-laden fluids flow.”

Using a combination of simulations and laboratory experiments, the researchers found that what was slowing down the suspensions was friction. Specifically, the friction becomes significant when enough particles suspended in the liquid bump into each other. And the rougher the surface of the particles, the more friction they generate when they come into contact.

“It takes energy to pump a liquid suspension through a pipe or tube, and the friction created by interaction between particles dissipates a lot of that energy,” Hsiao says. “This dissipation slows down the movement of the suspension or, if the particles are very rough, can even stop it completely.”

This insight gives industries a couple of options: They can reduce friction by engineering the particles to have smoother surfaces, or they can increase the amount of energy devoted to moving the suspension through the pipe.