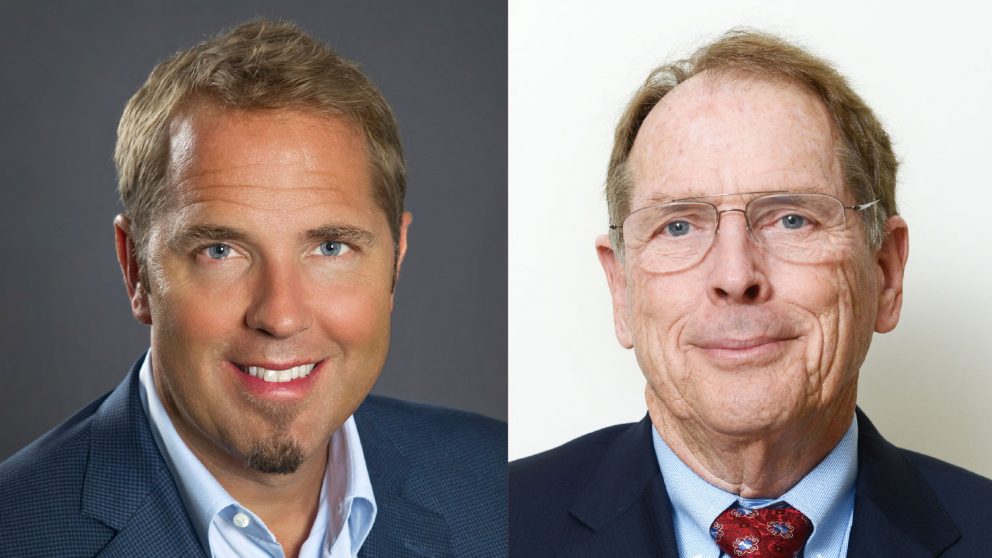 Casey Dean’s father, Marion Caleb Dean, started the company in 1949 as an electrical specialty contracting business, growing it with projects for the Washington National Airport, Bolling Air Force Base and the Naval Research Laboratory, among others.

Having worked for his father in high school, Casey Dean knew that he wanted to be an electrical engineer and entered NC State in 1963.

“The first time I walked on campus I knew this was where I wanted to spend my four years. The electrical engineering professors I had were very important to me. I respected the heck out of those guys,” he said.

Casey Dean joined his father’s company when he graduated and took it over when his father retired in the late 1970s. During his tenure, projects evolved from the electrician work they had done for so many years to more technical electrical engineering work with highly skilled employees doing special projects for the government, including the White House.

Bill Dean, a 2011 Distinguished Engineering Alumnus, entered NC State in 1984. He recalled a transformative moment in one of his electrical engineering courses when a professor confronted his students’ open frustration with the difficulty of the work.

“The professor stood up in front of his desk and said, ‘I could spend the rest of the semester teaching you what IBM and Northern Telecom need you to know and then you will get a job right after you graduate that will last about six months. Or, I can teach you the technique to solve problems in electrical engineering no matter what they are.’ It was a great course,” Bill Dean said.

Perhaps this transformative moment explains part of the success of M.C. Dean, Inc. today. Bill Dean joined the company in 1990 to start the technology division and became president and CEO in 1997. Under his leadership, the company’s growth exploded. It grew from 150 employees in 1997 to more than 3,000 employees today with 25 offices in North America, Europe and the Middle East and a small office in Asia. Projects grew in size and complexity.

“The most exciting things we do,” Bill Dean said, “are when we create what I would more clearly define as edge-out solutions — really unique solutions to complex power and technology problems that are innate in big infrastructure and also in global enterprises. It has taken a decade to get the kind of organization where people trust us with those problems.”

Three generations of company accomplishments and growth demonstrate that success runs in the Dean family. Generosity is also part of this family’s DNA.

The first time I walked on campus I knew this was where I wanted to spend my four years.

These programs continue today, along with several other programs that Bill Dean has instituted such as the M.C. Dean, Inc. Scholarship Program and the M.C. Dean Foundation.

Both men have been equally generous supporters of the College of Engineering with their time and donations. Casey Dean joined the NC State Engineering Foundation Board of Directors in 2016 and serves on the Investment Committee. Bill Dean served on the board as recently as 2015.

Serving on the board allowed them to see how hard the College is working to build a premier engineering program, which is partly why they chose to establish two professorship funds in the Department of Electrical and Computer Engineering (ECE).

Their respect for Dr. Louis A. Martin-Vega, dean of the College, and Dr. Daniel Stancil, Alcoa Distinguished Professor and head of the department, also influenced their decision.

“Dean Martin-Vega is so spectacular,” Bill Dean said. “The impact he has made on that university has been really special, and it’s a privilege to support what he is trying to accomplish.

“In talking to Dr. Stancil,” he continued, “we went through all the (research) areas. Cyber Physical systems and the Internet of Things are square down the center of the future of our organization. And frankly, there are not very many endowed professorships. I couldn’t believe how few there were.”

Stancil explained the significance of these gifts, “These M.C. Dean professorships are extremely important for the ECE Department. Having them allows us to take advantage of opportunities to bring world-class senior faculty to NC State. These resources enable new possibilities for our hiring this year, and it is possible that we will be able to award the term professorship as early as fall 2018.”

Casey Dean noted, “We contribute to things in which we can understand how our contributions actually make a difference to humanity and our country. We feel that the NC State electrical and computer engineering department is run as well or better than any comparable school in this country and can produce world-class engineers at a lower cost.”

He added, “Dan and the dean are way on top of my list of human beings. I just feel like any money you give those guys will really be put to good use, and you don’t lose a minute’s sleep worrying about where your money goes.”