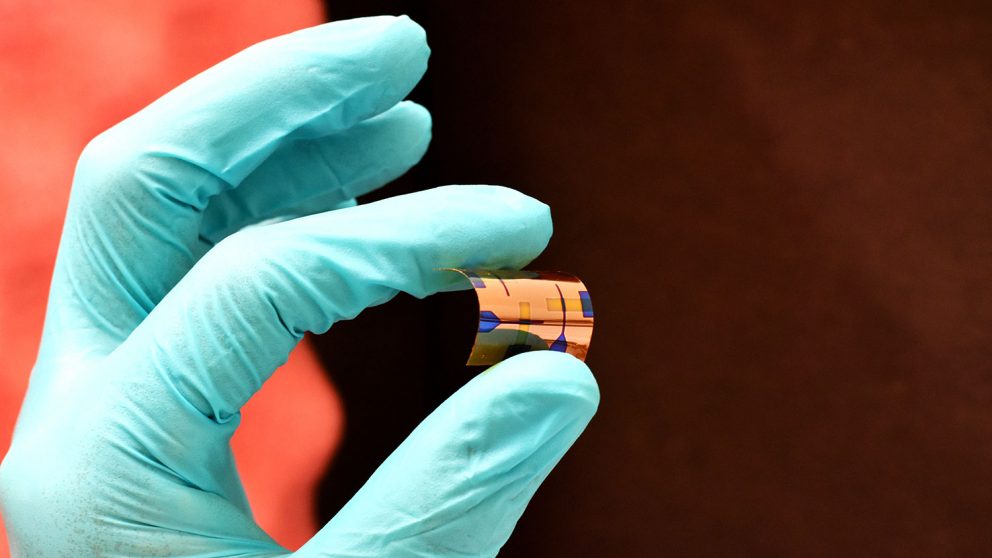 For the first time, researchers have been able to deposit an ultra-thin oxide ferroelectric film onto a flexible polymer substrate. The research team used the flexible ferroelectric thin films to make non-volatile memory devices that are wearable and resilient.

“What is most exciting about this work is the ability to make ferroelectric thin films at low temperatures and integrate them with carbon-based organic semiconductors to make highly flexible memory devices,” says Dr. Franky So, the corresponding author of the paper and Walter and Ida Freeman Distinguished Professor of Materials Science and Engineering.

“The key to success of this work is the special technique we developed to make these ferroelectric thin films at low temperature and maintain the flexibility,” says Dr. Hyeonggeun Yu, a postdoctoral researcher at NC State and lead author of the paper. “We have created a new device platform which can integrate these memory devices with other flexible electronic circuits.”

“This advance allowed us to create a pliable ferroelectric that can be used to create stable memory storage units for use in energy-efficient electronic applications for use in everything from space exploration to defense applications,” says Ching-Chang Chung, a postdoctoral researcher at NC State and co-author of the paper.

Researchers are working to develop a self-sustaining system that uses microplastics to capture more microplastics.

How to make and distribute a vaccine

BTEC’s Jennifer Pancorbo talks to The Abstract about vaccine production and distribution.