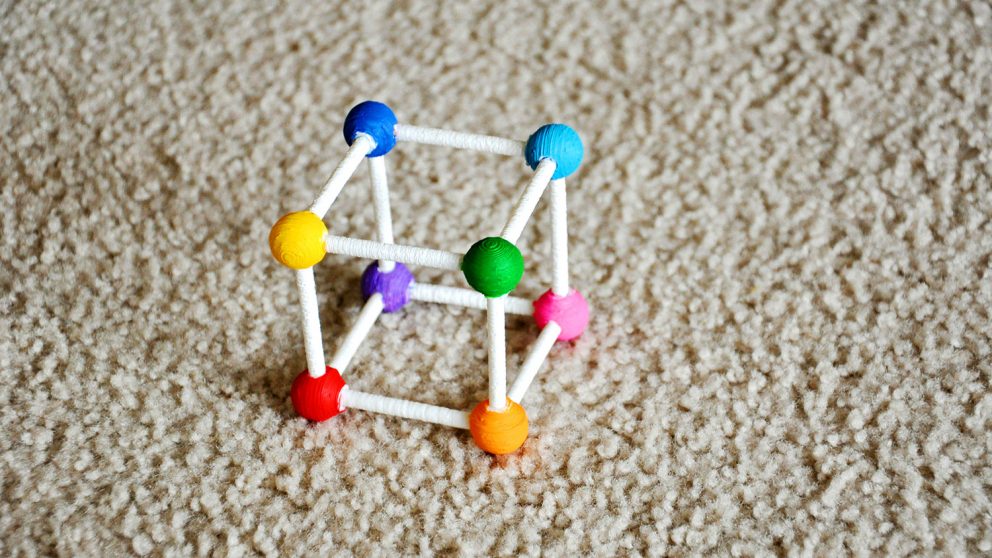 The device, called CAPTIVE, offers six degrees of freedom (6DoF) for users — with applications ranging from video gaming to medical diagnostics to design tools. And CAPTIVE makes use of only three components: a simple cube, the webcam already found on most smartphones and laptops, and custom software.

There are a number of tools on the market that can be used to manipulate 3-D virtual objects, but CAPTIVE allows users to perform these tasks much more quickly.

The cube is plastic, with differently colored balls at each corner. It resembles a Tinkertoy but is made using a 3-D printer. When users manipulate the cube, the image is captured by the webcam. Video recognition software tracks the movement of the cube in three dimensions by tracking how each of the colored balls moves in relation to the others. Video demonstrating CAPTIVE can be seen at https://youtu.be/gRN5bYtYe3M.

“The primary advantage of CAPTIVE is that it is efficient,” says Zeyuan Chen, lead author of a paper on the work and a Ph.D. student in computer science. “There are a number of tools on the market that can be used to manipulate 3-D virtual objects, but CAPTIVE allows users to perform these tasks much more quickly.”

To test CAPTIVE’s efficiency, researchers performed a suite of standard experiments designed to determine how quickly users can complete a series of tasks.

The researchers found, for example, that CAPTIVE allowed users to rotate objects in three dimensions almost twice as fast as what is possible with competing technologies.

“Basically, there’s no latency; no detectable lag time between what the user is doing and what they see on screen,” Chen says.

CAPTIVE is also inexpensive compared to other 6DoF input devices.

“There are no electronic components in the system that aren’t already on your smartphone, tablet or laptop, and 3-D printing the cube is not costly,” Chen says. “That really leaves only the cost of our software.”