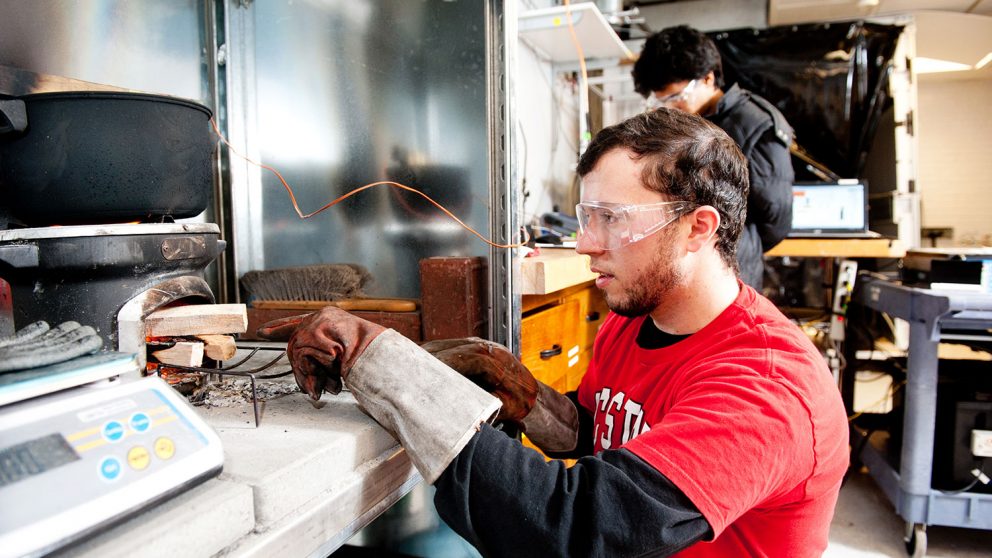 A recent study out of the Department of Civil, Construction, and Environmental Engineering (CCEE) finds that advanced wood-burning stoves designed for use in the developing world can reduce air pollution more than anticipated because gaseous emissions from traditional wood stoves form more particulate matter in the atmosphere than researchers previously thought.

“Previous studies have looked solely at direct emissions from cookstoves,” says Dr. Andrew Grieshop, an assistant professor in CCEE and corresponding author of a paper describing the work. “We’ve now done a series of experiments to determine what happens to those emissions while they are in the atmosphere.”

At issue is particulate matter (PM): minute, airborne particles that can contribute to human health problems, such as asthma.

For this study, researchers tested three types of wood-burning stoves: traditional stoves; natural-draft stoves; and forced-draft stoves, which use battery-powered fans to improve combustion. The researchers collected emissions from each of the stoves and used an environmental chamber and a custom-built oxidation flow reactor to mimic the chemical reactions that would normally take place with the emissions over the course of up to two weeks in the atmosphere.

The researchers found that, while traditional stoves emitted an average of 6 grams of PM per kilogram of fuel burned (g/kg), that number jumps to an average of 14g/kg when you include the PM that the emissions form over time due to chemical reactions that take place in the atmosphere.

Natural-draft stoves, by comparison, produced an average of about 4 g/kg of PM — even after aging in the atmosphere. And forced-draft stoves produced less than 3 g/kg.

“All of this is based on lab measurements, which is important to note because previous studies have found that advanced stoves don’t necessarily work as well in the field as they do in the lab,” Grieshop says. “However, the study does tell us that looking solely at stove emissions at the point of use doesn’t give us a full picture of what’s going on. The effects of atmospheric chemistry are extremely important to understanding the potential air quality benefits.”