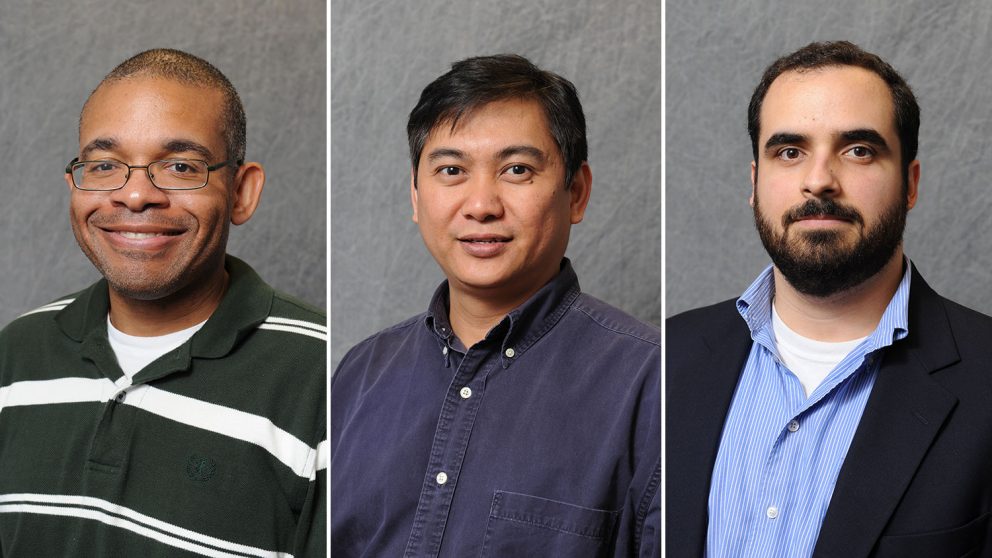 Shining among many other worthy studies, Ducoste, de los Reyes and Aziz earned the Honor Award for their groundbreaking research in how fats, oils and grease (FOG) affect sewer systems. FOG commonly reaches the sewers through the kitchen sinks of homes and restaurants. This is a particularly major issue in cities and urban areas, yet research on the subject was fragmented and lacking. After 11 years of dedication, their findings have brought new evidence and insight to the topic, and they’ve established many scientific and engineering firsts.

FOG deposits accumulate on the interior of sewage pipes, reducing the overall capacity of the pipes. This decrease in capacity results in untreated sewage spilling directly into the environment, known as a sanitary sewer overflow (SSO).  The U.S. Environmental Protection Agency estimates that approximately 3–10 billion gallons of untreated sewage are illegally dumped into the nation’s waterways because of SSOs each year and that FOG accounts for 47 percent of blockage-based SSOs.

Ducoste, de los Reyes, Aziz and their research team used a solution-based approach to answer fundamental questions of the issue, developing real strategies for dealing with FOG and preventing FOG deposits from forming.

Their research has been reported in 15 peer-reviewed papers (in leading journals such as Environmental Science and Technology, Water Research, Applied Microbiology and Biotechnology), 30 conference presentations (oral and poster) and six research reports (for EPA, Water Environment Research Foundation and Water Resources Research Institute of the UNC System). The research has also funded eight graduate students (all theses or dissertations).

Previous winners in this category include teams from Rice, Texas A&M, Carnegie Mellon and University of Illinois.

“This was a very nice acknowledgement of our work,” said de los Reyes. “We feel that we have the leading research group working on this topic, and are very glad that NC State is getting recognition from the AAEES.”