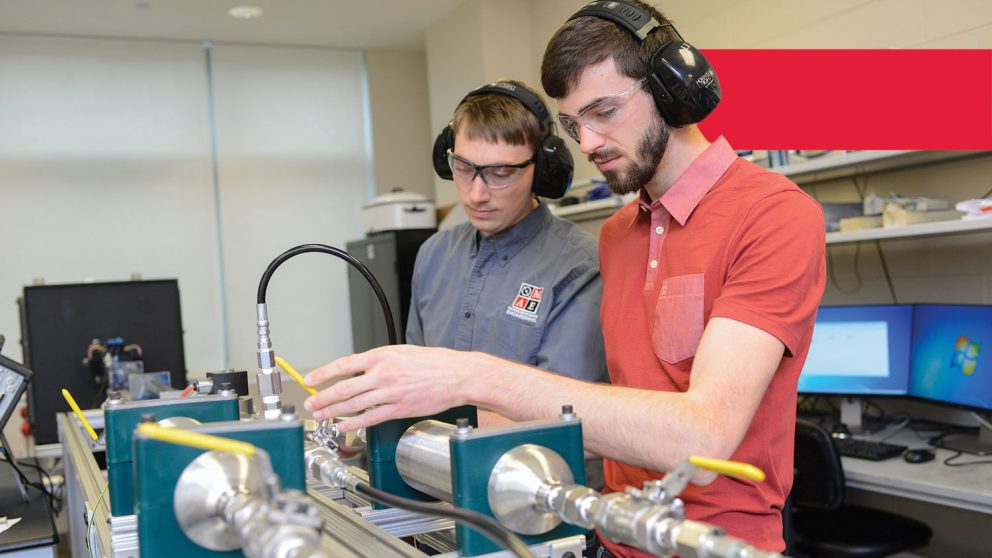 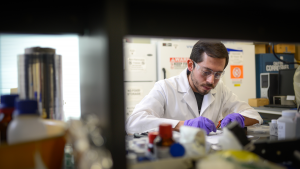 Armed with an undergraduate degree in materials science and engineering, Alexandria Cruz could have joined the workforce after her University of Florida commencement ceremonies in June 2015.

Job prospects for engineering graduates are strong. Eight of the top 10 highest-paying majors for new undergraduates in a 2016 Forbes survey were in engineering or computer science.

Instead, Cruz took a month off after graduation before beginning a Ph.D. program in the Department of Materials Science and Engineering at NC State.

Cruz says she has heard of fellow engineering undergraduates who went straight to work, only to find themselves stagnating in their positions in a couple of years. With an eye toward a career in industry, Cruz says that staying challenged in her work is a priority.

“The thing I like about school is that I get to learn something new every day,” she said. “I really hope that I can continue my learning even after I go into the workforce, not just do the same things every day.”

There are more Ph.D. students like Cruz enrolled in the College than in years past.

This decade-long push to grow graduate enrollment is designed to increase the College’s national prominence.

As the College’s research capacity expands, the nation and world benefit. NC State engineering researchers are driving innovation in energy, infrastructure, healthcare and other fields. 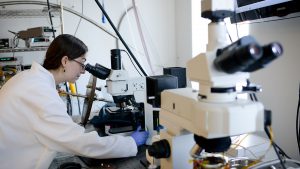 Across the country, colleges of engineering are making large commitments with an eye toward expansion. Engineering graduates earn excellent starting salaries and the research and extension efforts coming out of engineering schools have a positive impact on their communities.

For many of these schools, NC State included, growth means expanding at the graduate level.

As part of its 2011-2020 strategic plan, the University made a commitment to slow its undergraduate student growth with an eye toward graduate education and research. The College has followed the same path.

In one of the fastest-growing states in the country, and with high demand for undergraduate engineering education, the College has found a way to provide a quality experience for undergraduates while also growing the master’s and Ph.D. programs.

Stronger graduate programs mean more opportunities for NC State engineering undergraduates to pursue a master’s or Ph.D. And the College offers a strong undergraduate research program as a result of its growth in research capacity. The ability to do research as an undergraduate is a tremendous advantage for students, whether they end up continuing their education after graduation or going directly into the workforce.

Other benefits to the College in expanding graduate education can be seen in the growth in research awards and expenditures as well as the College’s success in landing leading roles in federal research centers. The College is one of only two colleges of engineering in the country to lead two NSF Engineering Research Centers, and research expenditures in the College have grown from $127 million to more than $179 million since the 2009-10 academic year.

A golden age of engineering

Dr. Douglas Reeves thinks that there has never been a better time to earn an engineering degree.

Along with outstanding job prospects, engineering graduates have an opportunity to make this a better world.

So how do schools of engineering convince new graduates with outstanding job prospects to sign up for more grueling schoolwork?

For Gilbert Castillo, part of the motivation for pursuing a Ph.D. came with the realization that he enjoys doing research.

The recipient of a GEM Fellowship, Castillo is in his fifth year of a Ph.D. program in the Department of Chemical and Biomolecular Engineering. Working with Eastman Chemical Company, he is modifying polyester surfaces for display applications on electronic devices with improved moisture barrier properties and better resistance to scratches and even smudges. The ultimate goal is to use the surfaces in flexible displays.

At the end of 2016, Castillo had just published a paper and was finishing a second manuscript. He submitted two patent applications in August and was writing his thesis with an eye toward defending in May. He also found time to enter and win the 2016 NC State Graduate School Three-Minute Thesis Competition, in which Ph.D. candidates learn to break their complex thesis topic into a short, compelling presentation that a lay audience can understand.

At the master’s level, degree programs in the College have increasingly become professionally focused rather than research focused. And in many cases, students can earn a dual bachelor’s and master’s in five years, greatly increasing their job prospects.

A Ph.D., though, is a four- or five-year commitment.

Tyler Goode was a mechanical engineering undergraduate student at the University of Alabama doing an internship at NASA’s Marshall Space Flight Center in Huntsville, Ala. when he was invited to sit in on a meeting with local business executives in the aerospace industry. What he heard stuck with him.

“They were really hammering grad school as something that’s necessary to advance your career,” he said.

Goode began a master’s program in mechanical engineering at NC State in fall 2015. He plans to finish that degree this spring and continue on to earn a Ph.D. His master’s work is being funded by the Department of Defense (DOD) for his work with Dr. Mark Pankow’s Ballistic Loading and Structural Testing (BLAST) Lab in the Department of Mechanical and Aerospace Engineering. Goode received a NSF fellowship that will support his Ph.D. studies.

His current DOD research involves developing ways to test ballistic impacts on body armor with new techniques that let researchers see what’s happening to the inside of the armor — something that is difficult for researchers because their view is obscured by the wearer’s body.

The College’s departments use several methods to recruit the best graduate students.

Faculty members attend conferences with a large concentration of potential graduate students. Along with encouraging current engineering students to apply, the departments use services that provide information on students who have expressed an interest in graduate education in certain engineering disciplines or have posted strong scores in certain standardized tests. Broad-based marketing and communication about the outstanding work being done in the College plays a role, too.

The payoff for the College comes in increased research impact and more national prominence. That research, in turn, leads to societal change and drives economic development, especially in North Carolina. It’s also a key part of achieving the goal the College has set under Martin-Vega’s leadership — to become and be perceived as the leading public college of engineering in the country and one of the premier colleges of engineering in the world.