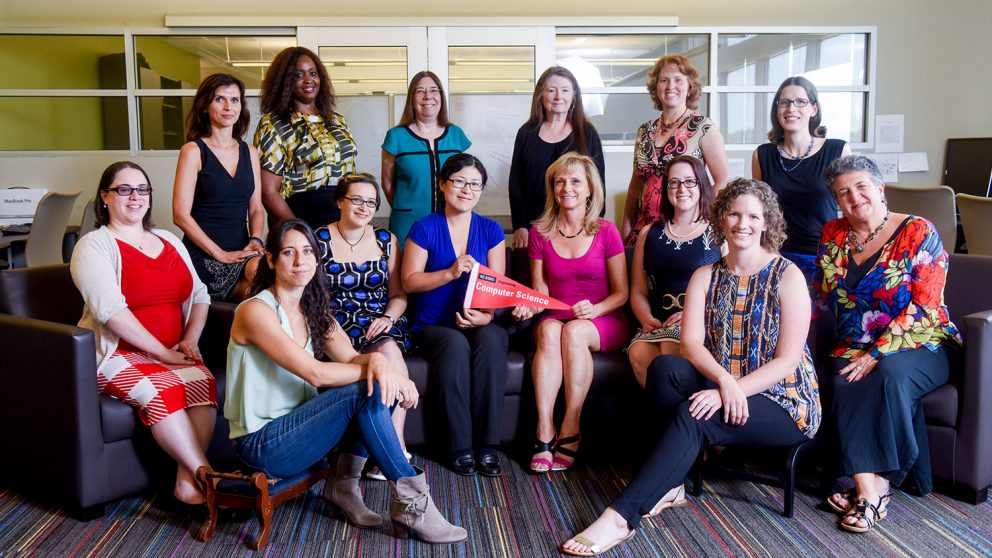 According to 2014-2015 data from the American Society for Engineering Education (ASEE), NC State ranks first in the nation in the number of female tenure-track/tenured faculty in departments of computer science within colleges of engineering. The department currently has 20 female faculty members ­— including Dr. Laurie Williams, its interim department head — and several other female adjuncts.

Noting that the department has seven female faculty members who are NSF CAREER Award winners and a number considered to be among the leading experts in their field, Dr. Mladen Vouk, former department head, says, “We are very fortunate to have attracted so many incredibly gifted and talented female faculty. It speaks highly of the culture and environment within our department.”

NC State computer science is particularly well positioned with some of the nation’s leading authorities in the field, including Williams, one of the foremost researchers in agile software development and the security of healthcare IT applications; Dr. Carla D. Savage, a world renowned mathematician who now serves as the secretary of the American Mathematical Society (AMS); Dr. Nagiza Samatova, a data analytics expert who has conducted impactful climate change research; and Dr. Helen Gu, whose research recently led to the launch of InsightFinder.com, a cloud monitoring and system analytics startup.

Computer science senior, student ambassador and Women in Computer Science student chapter president Melissa Novitsky says the quantity and quality of female faculty members has a significant impact on the perception of the department with prospective female students.

“It caught my attention when I was considering schools,” says Novitsky. “NC State computer science appealed to me as a place I could flourish as a female because of the incredible female mentors that we have on our faculty. It has a surprising impact on female students to see representation of their gender in the academic faculty.”