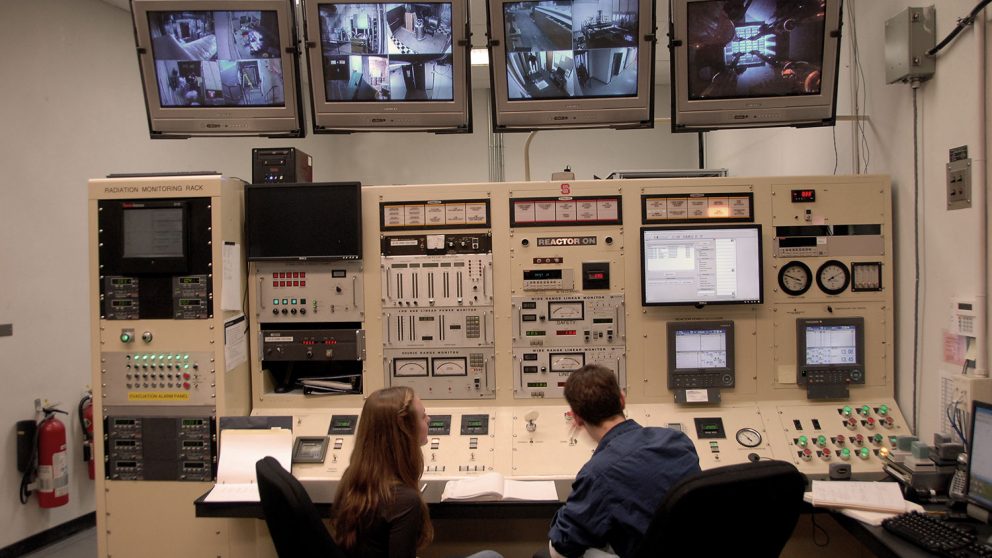 Ishita Trivedi enjoys research and the process of learning.

“Sometimes I don’t know what the end result of the day will be,” Trivedi, a Ph.D. student in the Department of Nuclear Engineering (NE), said. “Sometimes it’s frustrating. But I like that.”

That means hours in front of a computer in a graduate student office in Burlington Engineering Laboratories doing modeling work on lead-cooled fast reactors. These next-generation reactors use fast neutrons to sustain the fission chain reaction that drives power generation. Unlike commercial nuclear plants now in place in the United States, these reactors use liquid metals for cooling, rather than water.

“It’s more efficient,” said Trivedi, whose research is conducted with Dr. Kostadin Ivanov, head of the department. “Since there is no need for a neutron moderator, the size of the reactor can be greatly reduced.”

Home to the first university-based nuclear reactor and the first university nuclear engineering educational curriculum, the department has a long and storied history. NE has played a key role in helping maintain and expand the lifespan of the light water reactors (LWRs) currently in use across the United States. At the same time, the department is helping to drive research on the next generation of reactors like the one Trivedi is studying and moving into other areas such as nuclear nonproliferation.

“The department is growing, so we’re trying to position ourselves in different areas,” Ivanov said.
One way to measure NE’s national importance is in the department’s success in securing research funding from the Department of Energy’s Nuclear Engineering University Program (NEUP), the largest source for federal research dollars for university nuclear engineering programs.

“NC State received more NEUP funding in 2016 than any other school in the country and is in the top three nationally in the nearly decade-long history of the program,” said Dr. John Gilligan, Distinguished University Professor in the department and the College’s executive associate dean.

If you count two Department of Energy (DOE) consortia based in the department, the College ranks first when it comes to federal funding for a university nuclear engineering program in the United States.

A need for nuclear 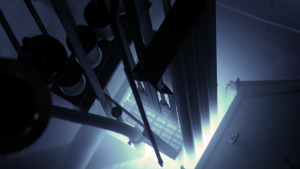 Something remarkable happened last year near Spring City, Tenn. A new nuclear power plant was brought online in the United States for the first time in 20 years with the completion of the Tennessee Valley Authority’s Watts Bar Unit 2.
Four more new plants are being built by utilities in South Carolina and Georgia. Roughly 60 new facilities are under construction worldwide.

At the same time, some existing commercial nuclear plants in the United States have been taken offline. Factors include a reduction in power demand, state policy decisions and the availability of cheap natural gas. However, the 99 reactors still in use produce 20 percent of the U.S. electrical power used.

“Things are moving ahead in nuclear energy and security in this country,” Gilligan said. “Certainly, around the world.”

According to Gilligan, the federal government is very supportive of research into nuclear engineering.
The department is playing an important role in both extending the operating life and improving the safety of the current fleet of LWRs, and in developing a new generation of reactors.

The Consortium for Advanced Simulation of Light-Water Reactors, funded by the DOE and led by the department, is using advanced modeling and simulation to help extend the lifespan of current LWRs from 40 to 60 years and maybe even longer.

At the same time, the department is collaborating with Westinghouse and researchers at the Oak Ridge, Argonne and Idaho National Laboratories on fast lead-cooled reactors and reactors that are cooled by molten salt.

Dr. Michael Fusco, a recent Ph.D. graduate from the department, conducted research on improving storage containers for spent nuclear fuel. With the decision to stop work on the Yucca Mountain nuclear waste repository in Nevada, the nation’s nuclear plants are faced with the possibility of having to store spent reactor fuel at their facilities for decades.

With NEUP funding, Fusco conducted research with Dr. Mohamed Bourham, Alumni Distinguished Graduate Professor, on protective coatings for the stainless steel dry casks now used to hold the fuel. Those coatings, made from zirconium, titanium and aluminum oxides, are designed to reduce corrosion so that the casks can be made into a safer long-term storage option.

“A lot of work is being done to look into other options, but for the time being it’s the casks,” Fusco said. “Depending on how the political landscape shakes out, we could be stuck with those for longer.”

After graduation in fall 2016, Fusco was applying for post-doctoral positions in national research laboratories with an interest in plasmas research.

“I don’t see myself working as a traditional nuclear engineer,” Fusco said. “But the things I do, I’d like to do them to further the nuclear industry and support research going on there.”

The economics, politics and research funding may change as the years go by, but the department sees a carbon-free future ahead and the need for strong nuclear power generation to serve as a consistent clean baseload filling in gaps that intermittent renewable sources can’t.

“Gas and coal, they cannot solve all of the issues, in our opinion,” Ivanov said.

Joseph Cope is in his fifth year in the department and has signed on for more.

Cope completed a bachelor’s degree in May 2016 and is now in an accelerated master’s program with plans to continue on to complete a Ph.D.

“My undergraduate experience was challenging and enriching,” he said. “We have one of the top departments in the country for diverse research interests.”

Working with Dr. Robert Hayes, associate professor of nuclear engineering, Cope is trying to characterize the radon that is always present in the atmosphere as a basis for prediction models used in emergency response following a nuclear event, whether their release is planned or accidental.

“In order to quantify radioisotopes present following a nuclear event, you need to know what the typical naturally occurring radioactive material contribution and uncertainty is such that abnormalities above background are readily measured and identified,” he said.

That means lots of sampling work, often on Centennial Campus outside his office in Research Building II. Cope has long had an interest in the Navy and learned more about nuclear engineering during a summer camp experience on campus in 2011. As an undergraduate, he had internship experiences at two national laboratories and will continue these experiences this summer at Knolls Atomic Power Laboratory.

Cope has a four-year fellowship through the Consortium for Nonproliferation Enabling Capabilities (CNEC). Led by NC State, CNEC is developing the next generation of methods and tools to detect, locate, identify and characterize special nuclear material and ensure that it doesn’t end up in the wrong hands. The $25 million award from the National Nuclear Security Administration to fund the consortium is the largest research award in the Department of Nuclear Engineering’s history.

The move into nonproliferation marked a major turn for the department into a research area that it had not been involved in previously. It’s a part of NE’s expansion into new thrusts while also keeping a strong base in commercial nuclear power generation education and research.

Other areas the department is moving into include research and courses on plasma and nanofabrication. The big data insights coming out of the department — for instance, in the gathering and manipulation of all that information about where unsecured nuclear material is located — have broader implications for other fields of study.

“It expands what traditionally, in the public’s eye, is considered nuclear engineering,” said Lisa Marshall, the department’s director of outreach, retention and engagement.

According to Marshall, the interdisciplinary nature of the department’s programs is opening doors to a wider range of career fields for its students.

Marshall said that students in the department want to make an impact in nuclear engineering or in a growing number of associated fields after graduation.

For Trivedi, the work being done in the department is work that matters, especially with predictions of a dark future for humankind if power generation from carbon-based sources isn’t curtailed in favor of nuclear and renewable sources like wind and solar.

“I love the fact that what I’m doing has an effect,” she said.