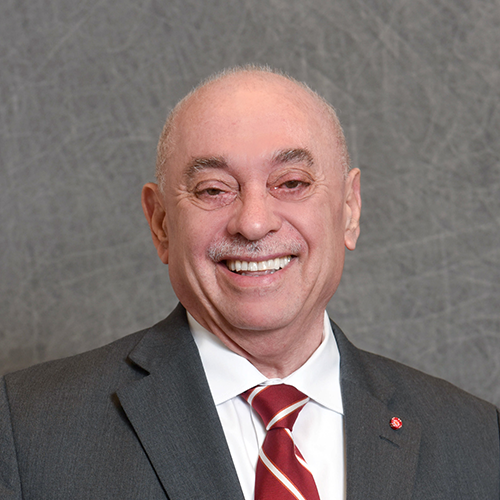 Dr. Louis A. Martin-Vega is the dean of engineering at North Carolina State University in Raleigh, North Carolina. With more than 10,500 students, 750 faculty and staff members and more than $200M in annual research expenditures, NC State’s College of Engineering is internationally recognized for the excellence of its research, education and outreach programs. It also has the distinction of being one of only two colleges of engineering to concurrently lead two National Science Foundation (NSF) Engineering Research Centers (ERC) — the ASSIST Center and FREEDM Systems Center — and is among the “top 10” colleges of engineering nationwide in annual research expenditures, as well as being the 12th-ranked public college of engineering at the graduate level in the United States.

Martin-Vega came to NC State in 2006 after spending five years as dean of engineering at the University of South Florida,  where his efforts there also resulted in significant growth and expansion of their faculty and student body and research portfolio. He has also held several prestigious positions at NSF, including acting head of its Engineering Directorate and director of NSF’s Division of Design, Manufacture and Industrial Innovation. His efforts at NSF lead to the creation of the foundation-wide GOALI program and RET programs as well as many other initiatives that enhanced industry-university research collaboration and greater inclusion of women and underrepresented minorities in engineering education and research.

His research and teaching interests are in production and manufacturing systems, logistics and distribution, operations management, engineering education and broadening participation. He has published more than 100 journal and conference papers, made over 200 presentations and received over $10 million in grants and contract for work in these areas. His work has been supported by NSF, the National Institute of Standards and Technology, the US Air Force, Harris Semiconductor and Hewlett-Packard, among other sources.

Martin-Vega was elected as a member of the National Academy of Engineering in 2021. He is also a Fellow of the American Association for the Advancement of Sciences (AAAS), the Institute of Industrial and Systems Engineers (IISE) and the Society of Manufacturing Engineers (SME). He is also a member of INFORMS, ASEE, Tau Beta Pi, Alpha Pi Mu and Sigma Xi.

He served as president of the American Society for Engineering Education (ASEE) from 2016-17. He also served as the 2013-15 chair of the ASEE Deans Council Executive Board. He has served as a member on the National Research Council’s Standing Committee for Reengineering the Census 2020 and as Chair of the Advisory Committee for the Engineering Directorate at NSF, as well as Vice-Chair of NSF’s Foundation-Wide Committee on Equal Opportunities in Science and Engineering (CEOSE).

Martin-Vega’s many honors from IISE include receiving the Albert Holzman Distinguished Educator Award in 1999; serving as IISE president in 2007-08; receiving the professional society’s UPS Award for Minority Advancement in Industrial Engineering in 2010; and being given IISE’s highest honor, the Frank and Lillian Gilbreth Industrial Engineering Award, in 2012. For his commitment to college education and the promotion of diversity, Martin-Vega was recognized in 2000 with the Hispanic Engineering National Achievement Award — Higher Education Category — from HENAAC, and in 2011, he was inducted into the HENAAC Hall of Fame.

In addition, Martin-Vega was inducted into the Pan American Academy of Engineering in 2002. In 2007, he received the Tampa Museum of Science and Industry (MOSI) National Hispanic Scientist Award. He was recognized in 2008 as the Outstanding Engineer in North Carolina by the North Carolina Society of Engineers, and in 2009, he received the Industrial and Systems Engineering Alumni Leadership Award from the University of Florida. In 2014, Hispanic Business magazine named him one of its 50 Most Influential Hispanics in the U.S.